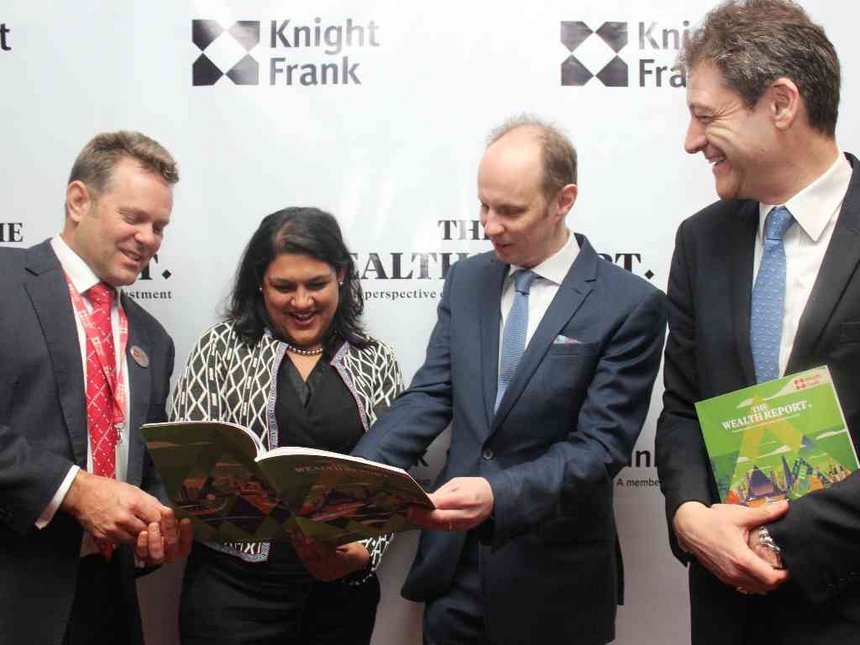 The wealth of Kenya’s super-rich is concentrated in real estate, financial services, manufacturing, agriculture and mining sectors, the publisher of an annual survey on wealth said yesterday in Nairobi.

About 900 investors joined the dollar millionaires’ club last year, bringing the tally to 9,400 high net worth individuals from 8,500 in 2015, according to the report.

The Wealth Report editor Andrew Shirley said nearly a third of the high net worth individuals have invested in the real estate, and building and construction sector.

Dollar millionaires are individuals with wealth in excess of $1 million (about Sh102.62 million). The survey done using about banerd and fund managers does not include the value of residences in the assessment.

“Anyone who has been to Nairobi has seen all the new constructions so what we are seeing is that most of the wealth created in Kenya at the moment is from construction and real estate sector,” he said. “Kenya’s diversified economy means it is consistently one of Africa’s top performers in terms of wealth creation. According to our latest data, this trend looks set to continue over the next decade.”

About 7,520 individuals are expected to join the dollar millionaires’ league in the next decade, the report suggests, with ICT tipped to play a major role.

The report shows 59 per cent of the Kenya’s super rich are looking to invest in commercial properties locally, while 44 per cent want to buy abroad. Global trends show investors prefer perceived safer havens largely in Canada, the United Arab Emirates and Australia.

“Wealthy Kenyans are investing their wealth overseas but interestingly and encouragingly for the Kenyan economy, we can see that a higher proportion of them invest in Kenya more than they do overseas,” Shirley said.

“There is not much development happening in the election year, a lot of our clients are saying they are getting ready to do their investments but will wait until after the election,” Knight Frank managing director Ben Woodhams said.

The report shows Kenya’s ultra rich are raising their interest in property sectors, with 63 per cent eyeing residential, 56 per cent offices, 31 per cent retail, 25 per cent leisure and 13 per cent industrial.

Shirley said Kenya is going to do well over the next decade with an expected 80 per cent growth in the number of dollar millionaires. This will be driven by millenials whose wealth management and investment decisions are propelled by innovative investing, capital growth, portfolio diversification, portfolio liquidity and the ability to move wealth quickly around the world.

“In Kenya, there is a huge demand for exciting new products and a growing middle class so we are seeing these young entrepreneurs coming in to fill that gap,” Shirley said.