PesaLink is no threat to M-Pesa, says Safaricom 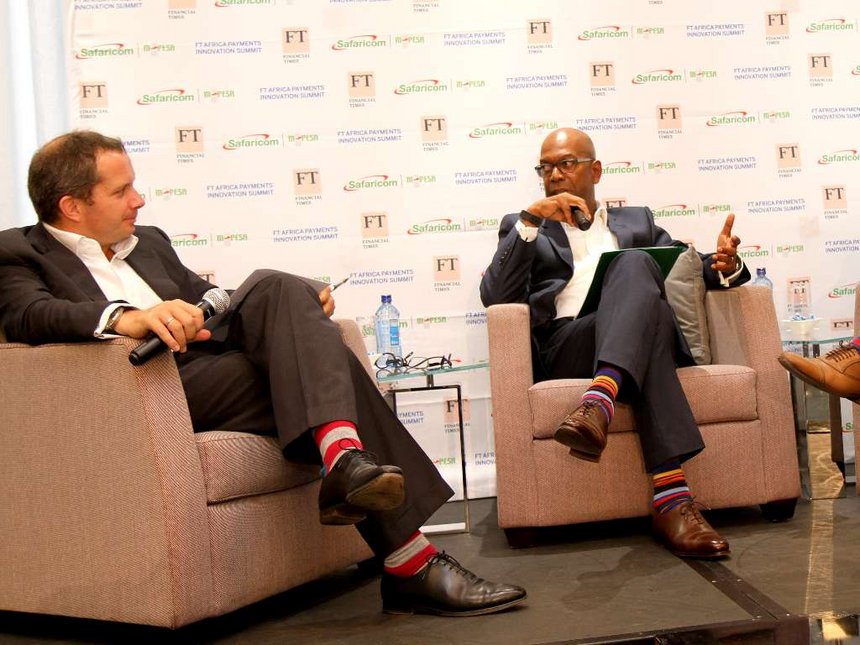 PesaLink is no threat to M-Pesa, says Safaricom

The planned launch of interbank mobile money transfer system next month by commercial banks will not slow down revenues from Safaricom’s M-Pesa, chief executive Bob Collymore has said.

He says a significant number of close to 25 million customers on its money-minting machine, M-Pesa, will not be swayed by PesaLink because they do not hold conventional bank accounts.

“The revenues that are generated from M-Pesa to bank transactions are not a lot. Most of the M-Pesa revenues come from person-to-person transactions. Then again very few Kenyans have bank accounts compared to over 24 million active M-Pesa accounts,” he said.

Collymore spoke on the sidelines of a media briefing on the Africa Payments Innovation Summit next month.

The meeting is sponsored by the global news organisation Financial Times, which hopes to bring together 250 business leaders in Nairobi on March 29 to discuss challenges and opportunities in mobile payments.

Safaricom pioneered the era of seamless mobile money payments with the launch of M-Pesa in 2007.

M-Pesa has maintained a decade-long dominance in the mobile money market and has consistently evolved to offer mobile lending, savings and payments.

However, commercial banks hope to ride on below-market rates to drive subscriptions on their mobile money transfer system which goes live next month.

They will be using PesaLink platform that has been developed by the Kenya Bankers Association through its subsidiary, Integrated Payment Services.

IPS says the platform supports transfers through mobile and internet banking, ATMs, branches and agency banking. The system will enable bank customers to transfer between Sh10 and Sh999,999 from one account to another in a single transaction.

IPS said it will charge banks between Sh10 and Sh12 per a transaction as operational fees for using the PesaLink switch, with expectation that individual banks will pass the low cost to customers.

Fees for transactions valued up to Sh500 will, however, be waived, IPSL chief executive Jennifer Theuri said last week.

KBA chief executive Habil Olaka said the banks are expected to pass on the low fees to customers. “The pricing has taken into consideration that we are driving our financial inclusion agenda,” Olaka said. “There’s a deliberate decision at the switch level to waive the fees at the lower end of the consumer public.”

About 12 of the industry’s 42 banks have gotten the Central Bank’s approval to roll out PesaLink.

PesaLink is no threat to M-Pesa, says Safaricom Reviewed by samrack on February 25, 2017 .