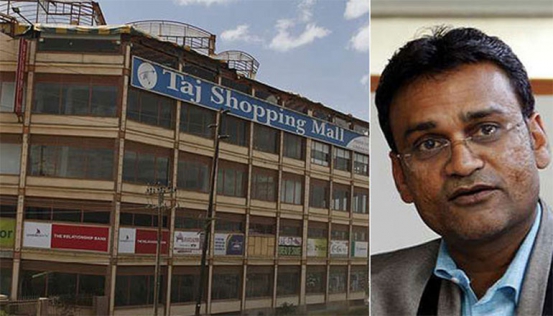 A city businessman claims he has lost Sh3 billion in accumulated rental income after rumours forced tenants out of his property.

Rameshchandra Govind Gorasia, the owner of Taj Mall in Embakasi, says the expansion of Outering Road from the Thika Superhighway led to rumours that his mall was earmarked for demolition as it was allegedly located on public land.

The mall was officially opened in August 1, 2011 by then vice president Kalonzo Musyoka.The mall, reportedly valued at Sh5.5 billion by valuation firm, Redfern, now operates  at 10 per cent occupancy rate. This, according to Gorasia, is a far cry from the days when just one tenant, Uchumi Supermarkets, paid Sh5 million in monthly rent for the entire second floor. Taj Mall has four floors besides the rooftop which was also rented out.

The exodus of tenants saw his real estate firm, Taj Investments, reduce employees from 500 to 30 since problems between him, the National Land Commission (NLC) and Kenya Urban Road Authority (Kura) started.

“All the clients ran away when Kura wrote directly to them, and asked them to vacate. I wonder why they didn’t write to me directly as the landlord. Why write to my tenants without informing me? The way the issue was handled was so malicious,” claims Gorasia, revealing that he is now unable to meet his loan obligations.

Gorasia had borrowed Sh500 million from Shelter Afrique to build the mall. He explains that, “Even the lender did their due diligence and found that the land was legally mine, and wasn’t sitting on a road reserve. That’s why they loaned me the money and charged the title deed. The title deed had in 2000 been charged by NIC Bank for a different loan, which Gorasia cleared in 2009, before he sought the loan from Shelter Afrique to build the mall.

NLC had revoked Taj Mall’s tittle deed in 2013, but Gorasia got a reprieve after the road expansion was re-designed. He said he acquired 1.75 acres in 1991 and another two acres in 1995, both from Abuja Ltd then amalgamated the two parcels. “I have said it before and I’m repeating it today, this mall will not go anywhere” he swore.

Rumours cost me Sh3 billion— Taj Mall owner A city businessman claims he has lost Sh3 billion in accumulated rental income after rumours forced tenants out of his property. Rameshchandra Govind Gorasia, the owner of Taj Mall in Embakasi, says the expansion of Outering Road from the Thika Superhighway led to rumours that his mall