Judge: Divorce formalities don’t have to tie you down 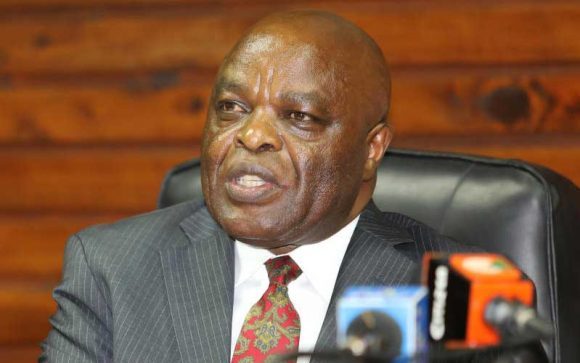 Judge: Divorce formalities don’t have to tie you down

Walking away from a marriage never to return, maybe even re-marrying, is sufficient grounds for one to be presumed to have divorced.

In a precedent-setting verdict, one does not need to go through the bitter formalities of dissolving a marriage.

Divorce cases in courts are dramatic; estranged couples tear each other apart for either adultery, cruelty, money, sex or desertion. Judges have to grapple with dirty bedroom secrets for an order that a marriage is irretrievably broken down.

Meanwhile, traditions require the bride’s family to return to the groom every penny spent as dowry.

But in a landmark judgement, Justice Reuben Nyakundi said the law requiring divorce formalities as the only ticket to re-marry cannot tie parties who have fallen apart.

The judgement is a relief for couples who have separated and want to re-marry, but are held back by failing to seek divorce.

The judge was determining a rare succession dispute that has been running for two years pitting two men who sought to inherit the multi-million estate owned by a woman.

Justice Nyakundi was of the view that an overriding right to associate with the opposite sex waters down the requirement of customary or court divorces.

According to Nyakundi, once a person tells their partner that they no longer love them and turns to a new lover, that cannot be said to be adultery.

He observed that adulterous persons have no intention of leaving their marriages.

“Divorce is not the procedure of filing for a decree nisi in court per se. On a much broader perspective, divorce pertains to the intention and conduct of parties,” ruled Nyakundi.

He continued: “If parties in marriage show an intention not to continue with their marriage or conduct themselves as unmarried persons, then the same should be treated as such. The law cannot attach obligations upon persons who have decided to part ways but fail to formalise the same, because that is not the true reflection of what they want.”

At the heart of the case was Jecinter Njoki Okoth. If she was alive, she would have been accused of polyandry, or worse still, adultery. But in her death, the judge vindicated her. She died on June 18, 2018.

Njoki, according to court documents, developed a romantic relationship with Amos Oluoch in 1981. They allegedly married under Luo customs, then separated but never divorced.

For them to have been legally married under Luo traditions, they were required to consent and be of age to marry. Moreover, Okoth was required to pay dho keny (dowry) after which they ought to cohabit. Okoth was to deflower the bride immediately after meko.

In Luo, meko loosely refers to ‘bride kidnapping’. Evans Pritchard, in his journal Marriage Customs of the Luo of Kenya, explains that the bride is captured by the groom’s relatives and friends and taken to his simba (house).

The bride’s family ought to test the courage of the ‘kidnappers’ by countering them. Meanwhile, the bride screams and tries to wriggle free as a show of her bond to her father, although he is marrying her off.

A woman who is opposed to the marriage can either climb onto a termite mound while crying, collect soil, put it in her mouth and spit it at the captors.

The groom ought to figure out what she needs in a bid to win her. If meko is successful, then the girl is taken to her future husband where, in the presence of four men, he deflowers her. The witnesses ought to pass the message to her in-laws on whether she is a virgin or not.

SEE ALSO :Divorced men are prone to obesity and hypertension

Although Okoth never provided evidence that he fulfilled Luo customs, Justice Nyakundi said he could be presumed to have married Njoki.

They bore Mary Akinyi and Anthony Otieno. After irreconcilable differences, she left. Court records do not, however, tell when they parted ways.

Njoki, a businesswomen, gave her heart to other men but they fell out along the highway of love.

Living and doing business in Kenya and abroad, she managed to amass wealth estimated to be worth Sh20 million.

Her siblings, Hannah Waithera, Terry Wanjiru Samuel, Michael Njuguna and Njoki Mwaura, told the court he was the only one who brought dowry.

However, Okoth referred to Harold as a casual boyfriend.

While dismissing Okoth’s argument that she was not eligible to offer herself to marriage, Nyakundi said logic had it that Harold saw an eligible single woman who was ready to tangle. He said Okoth’s claim of love had been overtaken by events.

The judge was of the view that if Okoth was interested in Njoki, he would have sought to bury her as she died in Malindi.

“In my judgement pursuant to Section 119 of the Evidence Act, it is proper for their marriage to be construed for purposes of the law to have ended by presumption of divorce, notwithstanding that no formal petition was filed in a Court of Law to be decreed as such in accordance to the law,” he ruled.

He pointed out that Okoth did not prove he contributed to the wealth acquired by the deceased. Instead, he said, the evidence by her family showed it was Harold who bankrolled her businesses.

“In my view, it would be a failure of justice to allow the objector to benefit from the sweat of another man under the guise that his marriage with the deceased was not formally dissolved,” said Nyakundi.

How judge has ruled on divorce before
It is the second time that Justice Reuben Nyakundi is tearing into the fabric of dissolving marriages.

Last year, the judge, who now sits in Malindi Law Courts, declared Section 66 (1) of Marriage Act, which requires newly-weds to wait for three years before they file for a divorce, to be unconstitutional.

This paved way for couples in civil marriages to file for divorce any time they want to walk out.

According to the judge, marriage is a union of willing partners, hence they should be at liberty to leave any time they feel not contented.

“Corollary to the above is the fact that by imposing the three-year limitation, the impugned Section had the effect of forcefully keeping parties in a situation they no longer wished to be part.The right to form a marriage union should not be subject to such restrictions as may be presented by law that infringes on the fundamental rights and freedoms,” Justice Nyakundi ruled.

Civil marriages are conducted at the Attorney General’s offices or before the County Commissioner’s offices.

The judge observed that the section contradicts others that require marriages to be dissolved on account of cruelty and when couples deprive each other love and consummation of marriage.He said it affronts a person’s human dignity to confine them in a failed marriage for three years.

Justice Nyakundi was of the view that the limitation set by Parliament would not have passed if law makers had carried out public participation while enacting the same.

“Having debunked the notion that the limitation was a valid public policy consideration, it follows that by parties being unreasonably proscribed from enjoying the right to Petition for a divorce before the lapse of three years, their right to access to Justice guaranteed under Article 48 is infringed upon,” he said.

The case was filed by a lawyer Tukero ole Kina who argued that those who are married under Christian, Muslim and Hindu religions have no three years limitation.

He argued that MPs never factored in that marriages can have differences and hardships hence a person could not be kept in such if they want to walk away.

While opposing the case, the Attorney General argued that all laws passed by Parliament are presumed to be Constitutional.

According to the AG there were no provisions under the Marriage Act obligating or requiring any person to conduct a specific marriage.

He said that every person had an option to choose whether he or she preferred a civil or any other form of marriage.

Parliament also defended itself, saying that it factored in responses from the public when it was coming up with the contested law.

According to Parliament, marriage is an individual’s choice hence it gives each citizen their own freedom to decide what to do.

The judge was told that all types of marriages are the same under the law.

“Marriage Act does not contain any provisions that treat civil marriages different from other marriages. Further, that every person is free to choose a civil or Christian marriage or any other marriage under the Act, this was a conscious choice made by both parties who are adult, and who know and embrace the consequences of such a marriage,” the court heard.

Judge: Divorce formalities don’t have to tie you down Reviewed by samrack on April 15, 2020 .

Justice Reuben Nyakundi at a Mombasa court. [File, Standard] Judge: Divorce formalities don’t have to tie you down Walking away from a marriage never to return, maybe even re-marrying, is sufficient grounds for one to be presumed to have divorced. In a precedent-setting verdict, one does not need to go through the bitter formalities of