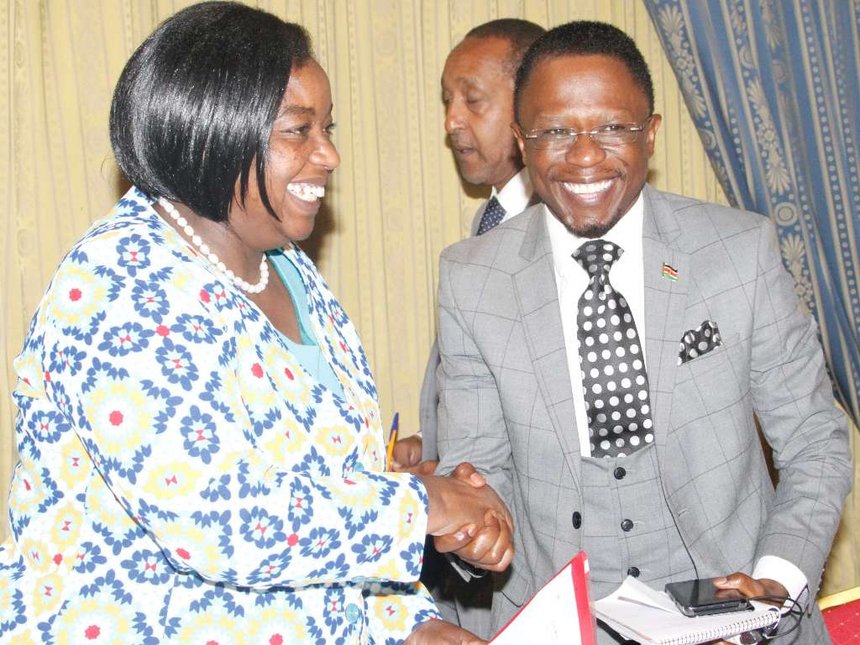 Most Kenyans serving time in foreign countries are locked up for drug peddling and communication fraud, the Ministry of Foreign Affairs has said.

CS Monica Juma yesterday told journalists about 1,300 Kenyans are imprisoned in foreign countries. Out of these 478 have been convicted while the rest are still on holding.

Juma said about 151 Kenyans are jailed within East Africa, with Tanzania leading with 79, followed by Uganda with 57 and Ethiopia 15. The others are locked up in the Far East—Malaysia, China and Thailand—while others are in West African countries.

About 80 Kenyans are locked up in Chinese prisons. “Most of these prisoners are serving life imprisonment but we are working as a government to see if we can sign treaties for these prisoners to complete their terms here on Kenyan soil,” Juma said.

“Our Kenyan embassies are providing consular services to all the 1,300 inmates”. She said under her leadership, and with government support, they are committed to secure all Kenyans wherever they are.

“My ministry will continue working to improve the framework for securing the interests of Kenyans abroad; and for enabling Kenyans to participate in the development of their motherland at home,” Juma said.

“We shall fast-track the negotiations of frameworks that protect Kenyans when they are abroad, endeavour to assist them and also inform and urge them to undertake due diligence in order to avoid situations that could be harmful to them.”

She dismissing claims that many Kenyans have been neglected in detention camps in Saudi Arabia. Juma said the government has engaged Saudi authorities in intense negotiations to protect Kenyan citizens. Kenya recently signed a labour agreement with Saudi Arabia to protect all Kenyans seeking employment in the country.

Juma said the East African Community has been vulnerable to human trafficking.

Recently Uganda High Commissioner Phoebe Otara accused Kenyan authorities of remaining silent despite many young girls from her country being trafficked for labour in Oman via JKIA.

Otara said the girls are hidden in Limuru before they are taken to JKIA for various destinations.

Those who do not secure visas are left at the airport and later arrested, forcing Uganda authorities to part with huge sums of money to secure their freedom.