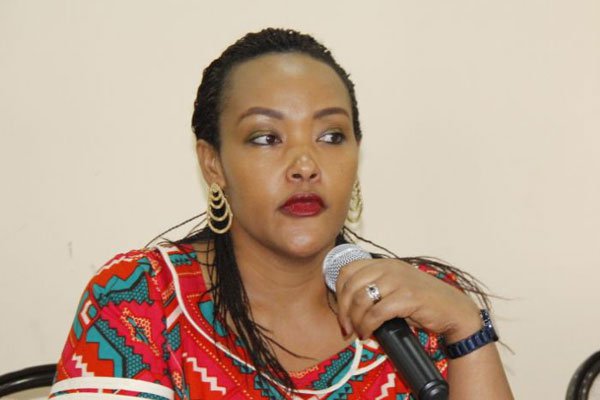 She was raped by a neighbour when she was only six years old.

Ten years later, she was gang-raped by four men, three of whom were her relatives.

She was to realise weeks to her Kenya Certificate of Secondary Education that she had conceived from the rape and would consequently lose out on her education.

Desperate to sit her exams, she decided to procure an abortion, and a village quack was at hand to perform it using the most crude weapons one can think of.

She later developed cervical cancer, which she says was as a consequence.

Fortunately, she was treated and she is now cured.

ACTIVISTS
But the youthful activist has lived to tell of her heart-wrenching experiences.

And she does not shy away from speaking out whenever she is given an opportunity. She hopes it will help save lives of other young women.

And seated next to her at the Azzeman Hotel’s conference hall in Addis Ababa, Ethiopia, is her friend and fellow activist, who is 25-years-old.

When she was 14 years old, she terminated her pregnancy so that she could continue with her studies.

She walked to a chemist and bought some “pills”.

She almost bled to death but survived miraculously, she told a fellow woman at the packed hall.

She survived a second attempt at an illicit abortion, still as a teenager, thanks to doctors at a government hospital in her home county of Bungoma.

To avert future ordeals, she was taught about contraceptives and encouraged to use them.

Today, the two are advocates of youth and women rights.

The 25-year-old founded an organisation that champions for sexual reproductive health among these high risk groups.

At another table, Ms Angelina Francis listens to a presenter at a meeting that seeks to pick out critical issues that affect African women and girls living in rural areas and informal urban settlements.

She is a member of a rural group of women from Kitui who engage in small-scale farming, under a grassroots organisation called GROOTS-Kenya.

CSW62 FORUM
The women, representing about 40 non-governmental organisations from the Africa, are pushing for a consensus on priority issues ahead of the 62nd Commission on the Status of Women (CSW) forum to be held at the UN headquarters in New York on March 11-23, 2018.

The Africa Regional Strategy meeting in Addis Ababa, which ended on Tuesday, was organised and hosted by the African Women’s Development and Communication Network (Femnet) and NGO-CSW’s Africa steering committee.

The women resolved to develop a common advocacy position and policy recommendations that would be used to lobby governments ahead of, and during the NGO CSW forum.

They hope the conversation and momentum on women issues will be sustained after the event.

VOICE FOR THE VICTIMS
The Commission on the Status of Women’s theme is “Challenges and opportunities in achieving gender equality and the empowerment of rural women and girls”.

Civil society leaders want women and girls living in rural areas and informal urban settlements to travel to New York and speak about their experiences.

And thanks to Femnet, Angelina and 29-year-old activist Editar Ochieng from Nairobi’s Kibera Slums will be flying out, for the first time, to New York to drive home their messages.

They said on Tuesday that they are excited and that it would be a dream come true.

Ms Dinah Musindarwezo, Femnet’s executive director says: “We want them to be in New York to self-represent and speak from experience. Instead of leaving it to privileged people to speak on their behalf.”

Ms Musindarwezo says women and girls should have access to healthy practices.

“The heartbreaking stories of so many young women obviously means that access to safe abortion, for instance, cannot be ignored. We want, as Africans, to set the bar high in terms of information,” Ms Musindarwezo adds.

SOLUTIONS
She thanked the United Nations Entity for Gender Equality and the Empowerment of Women (UN Women) and donors who have decided to cater for travel expenses to New York for women and girls from rural areas.

Ms Lopa Banerjee, Chief of the Civil Society Section at UN Women, said her organisation would also ensure that some of the women address the conference at the side events.

The Commission on the Status of Women’s bureau, in a draft document released this month, acknowledges that women and girls in rural areas face a myriad of challenges that need tailor-made solutions.

Ms Dinah Musindarwezo, Executive Director of African Women’s Development and Communication Network (Femnet), addresses a regional strategy meeting on women issues in Addis Ababa, Ethiopia, on February 20, 2018. PHOTO | NJERI RUGENE | NATION MEDIA GROUP  ‘Wanjikus’ head to New York for UN event She was raped by a neighbour when she was only