WANGARI at 80: Wangari Mathai through her daughter’s eyes

WANGARI at 80: Wangari Mathai through her daughter’s eyes

It may be nine years since she died, but the bonfire of Nobel laureate Prof Wangari Mathai continues to burn as brightly and as vigorously as ever. Her family describes her as a gift that that keeps giving. If Prof Mathai were alive today, she would be 80.

At the beginning of the month, her family, close friends and the Green Belt Movement community celebrated her 80th birthday as part of the yearlong series of events that will be held across multiple digital platforms.

Her daughter Wanjira Mathai spoke to BDLife on the significance of the celebrations, the person that Prof Mathai was away from the global spotlight and taking GBM forward. 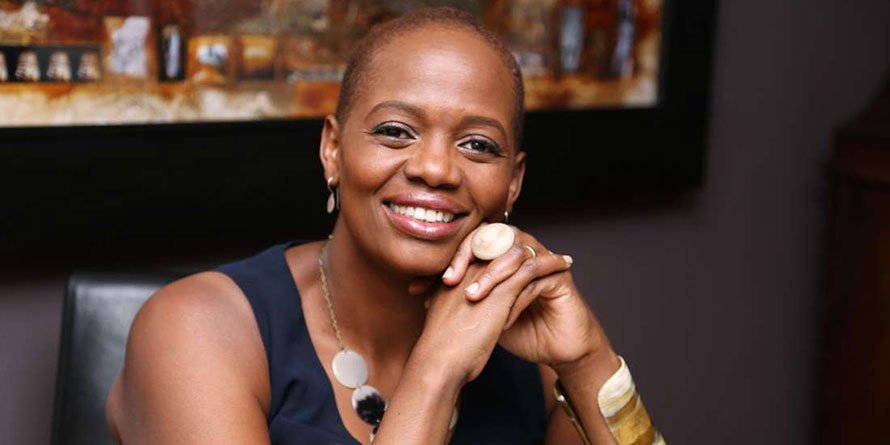 ‘‘My siblings and I have been planning her 80th birthday for over a year now. It’s a huge accomplishment and it would have been more gratifying to celebrate it in her presence,’’ Wanjira says.

To mark the milestone, Wanjira and her daughters planted a tree, a ritual that their mother observed without fail.

Christened Wangari@80, this memorial is intended to reflect on Prof Mathai’s works and bring back her voice in a celebratory fashion. The activities are being spearheaded by the Green Belt Movement International, Wangari Mathai Institute and Wangari Mathai Foundation.

One of the highlights of the celebrations will be school tours of the Nobel Peace Prize.

To the world, Mathai was a fearless environmental and human rights activist and a global icon who shares a hallowed place with other venerated personalities. But what was she like at home, as a mother and as family woman?

‘‘My mother was hilarious,’’ Wanjira says with cheery nostalgia. ‘‘She loved to laugh.’’

She may have projected a tough –sometimes warlike –demeanour in public. But unknown to the world, Prof Mathai was a jolly, humorous person who would never bypass an opportunity to tell a good joke, her daughter reveals.

Prof Mathai also had a strong sense of the divine. ‘‘She was raised a Catholic, although she didn’t practice the faith actively. She had a particularly deep reverence for faith traditions.’’

It’s no surprise then that Mathai’s last book, Replenishing the Earth, explores different faith traditions around the world and their relationship to the environment.

Some quarters questioned how the environment and peace converged, but Prof Mathai strongly believed in the interconnectedness of phenomena in life –governance, environmental sustainability and peace. She liked to capture these interrelations using her favourite metaphor of the three-legged stool.

Prof Mathai was an enthusiastic traveller too, and Wanjira was fortunate to accompany her to world tours, especially to the Far East and Asia.

‘She was always awed by the majesty of nature and human creations such as the Taj Mahal in India,’’ she recalls, adding that Prof Mathai had the occasion to engage priests and monks during some of the visits.

‘‘It was fascinating to see her profound connection with these spiritual leaders.’’

From these travels, Prof Mathai collected a great deal of memorabilia. Among these are furoshikis –silk Japanese gift wrappers.

‘‘Traditionally, the Japanese don’t wrap gifts in paper. They use cloths that open up into a beautiful golden, green or red splendour. After receiving the gift, you return the wrapper to be reused to avoid wastage,’’ Wanjira explains.

Wherever she went, Mathai would be presented with gifts wrapped in furoshikis. But most important among these treasures are lessons she brought back home. The Japanese concept of ‘‘reuse, reduce and recycle’’ especially was closest to her heart.

If she were alive today, would she be pleased with the current state of affairs in Kenya?

‘‘She would have been happy to see a new generation of young climate action and environment activists. This young generation in Kenya and elsewhere in the world is inspired by her work to champion for climate action in ways that we’d never have imagined possible,’’ Wanjira says.

She goes on: ‘‘Knowing my mother as I did, she was very appreciative. Her attitude was such that you need to innovate solutions for problems instead of complain about them.’’

On what it is like to be associated with such a towering figure, Wanjira says she and her siblings are basking in their mother’s glory.

‘‘We’re lucky to have been so close to her. It wasn’t always a rosy road, and there were multiple difficult patches to ride through as a family.’’

Talking of difficult patches, the period between mid-1980s and early 1990s was very turbulent for the family. Wanjira, who had then just turned 18, had left for her university studies in the US. Her brothers would soon join her there. Their absence, she says, gave their mother the impetus to go all out on the regime.

‘‘She was often brutalised by the police, and even went on a hunger strike, which now as a parent, I know was an enormous sacrifice. It was difficult to watch all this from abroad.’’

Wanjira though is delighted that her mother lived long enough to see Kenyans here and around the world recognise her efforts. The climax of her changing fortunes both at home and internationally came when she won the Nobel Peace Prize in 2004.

‘‘It was a total surprise. We didn’t even know what the prize meant and how massive the platform was. It was such a wonderful surprise. The recognition couldn’t have been more fitting. It was the highlight of our family and her life.’’

When she speaks, Wanjira she emits the effusive passion and willpower that characterised her mother’s public life. Does she ever feel intimidated by the enormity of mother’s achievements? She doesn’t attempt to fit into her mother’s large shoes, she says.

‘‘I never try to be her,’’ responds she with conviction. ‘‘I’m not living in her shadow. I’m lucky to have spent time with her and to have been inspired by her wisdom. Her legacy work is my biggest responsibility.’’

The Green Belt Movement is as much her legacy vehicle as it is an initiative for environmental conservation. Forty three years on, how’s the GBM fairing?

‘‘The work of the GBM remains very relevant today. Planting more trees and efforts to control carbon emissions have to continue. Beyond the environment, we also focus on the future for our young people and their contributions for a better society. The movement’s model of inclusivity gives it its global acclaim,’’ Wanjira says.

‘‘My mother’s legacy is growing. Her voice is more relevant with every passing year. It’s gratifying to get plaudits on behalf of her from people who have experienced her conservation work at Karura Forest, for instance,’’ she notes.

Owing to the current crisis occasioned by Covid-19, however, celebrations at Uhuru Park and Nobel Peace Prize tours to schools were suspended.