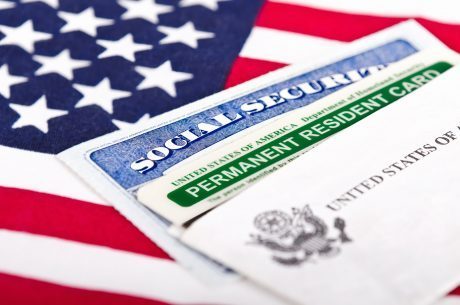 The US Citizenship and Immigration Services (USCIS) has made radical changes to rules guiding application of green cards and visas.

The new policy grants immigration officials authority to reject applications over mistakes and missing documents without giving applicants the chance of rectifying them or submitting additional documentation.

Previously, USCIS issued courtesy warnings known as Request for Evidence (RFE) or Notice of Intent to Deny (NOID) which gave applicants the opportunity to provide sufficient evidence to establish eligibility for immigration benefits.

The notifications also gave applicants a chance to correct mistakes and supply additional supporting documents before their cases were closed.

However, this is set to change under the new guidelines as the adjudicators now have powers to deny the applications without first issuing any notices.

“Without the notices, applicants won’t have the opportunity to intervene before a decision is made, potentially adding months or years of extra paperwork and thousands of dollars in fees to the already lengthy process,” said an article in ProPublica, a nonprofit news agency that focuses on investigative journalism.

The new move is likely to have negative impact on legal immigrants with pending or upcoming applications. Under the new changes, immigrants with green cards can be deported.

“In the case of those trying to renew their visas while they’re still in the U.S., they could be placed in deportation proceedings the moment their visas expire,” the report added.

USCIS unveiled the new policy guideline on July 13th, explaining that it “restores to the adjudicator full discretion to deny applications, petitions, and requests without first issuing an RFE or a NOID, when appropriate.”

USCIS says the previous policy was abused by people who had no legitimate pathway for the benefits they were applying for, and some filed meritless claims to delay their deportation for months or even years while their applications were being reviewed.

“For too long, our immigration system has been bogged down with frivolous or meritless claims that slow down processing for everyone, including legitimate petitioners,” USCIS Director L. Francis Cissna said in a statement at the time.

“Through this long overdue policy change, USCIS is restoring full discretion to our immigration officers to deny incomplete and ineligible applications and petitions submitted for immigration benefits,” he added.

USCIS to Deny Green Cards, Visas, CitizenshipApplications without First Notifying Applicantsin New Radical Changes The US Citizenship and Immigration Services (USCIS) has made radical changes to rules guiding application of green cards and visas. The new policy grants immigration officials authority to reject applications over mistakes and missing documents without giving applicants the chance of