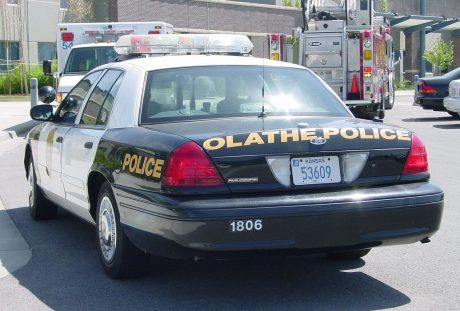 A Kenyan family in Kansas is mourning the death of their 18-month-old son after the boy’s father accidentally killed him with a car on Monday.

Dan Mutuma, who works as a nurse in Kansas City, hit and crushed his son Mishael to death after the son walked unnoticed behind the vehicle as he reversed.

Mutuma had gone to a local college in the morning where he is studying but returned home to pick some documents that he had forgotten. After hurriedly picking the papers, he left the house leaving behind his wife Loise, who was looking after their young twins.

He got into the car and without realizing that his son Mishael had followed him from the house, he reversed the vehicle and crushed him.

“It is so painful to the entire family and especially to the father to have crushed his own son. There is no way he could have seen the kid who was playing behind. The child had run unnoticed behind the vehicle as the father was reversing… The mother-in-law was in the kitchen while the wife was tending to the other twin children. It was so painful, nobody could be blamed for it,” Mr Mutuma’s brother-in-law Ezra Kamencu Mingaine told Daily Nation.

Fox 4 News report that local police in Olathe, Kansas had launched investigations into the incident but are unlikely to press any criminal charges against Mutuma as they consider it an accident.

“If the child were not his, it would have been a terrible case. I have started educating members of the public on the need to ensure they know where their children are while driving away,” Mr Mingaine said.

The child will be laid to rest in the US but the burial date has not yet been set. Plans are in place to have family members from Kenya travel to the US for the funeral.

Prayers are being held daily starting at 6pm at the Mutuma’s residence: 17633 W 159th Terrace, Olathe, KS 66062. A GoFundMe account to help with the burial and travel for family members from Kenya has been set up at gofundme.com/tragic-accident-mishael-mutuma

Tragedy As Kenyan Man in Olathe, Kansas Accidentally Kills 18-Month-Old Son While Reversing His Car Reviewed by samrack on September 14, 2018 .

Pic: Photo Courtesy Tragedy As Kenyan Man in Olathe, Kansas Accidentally Kills 18-Month-Old Son While Reversing His Car A Kenyan family in Kansas is mourning the death of their 18-month-old son after the boy’s father accidentally killed him with a car on Monday. Dan Mutuma, who works as a nurse in Kansas City, hit and