Uhuru flies out as Raila files petition against him 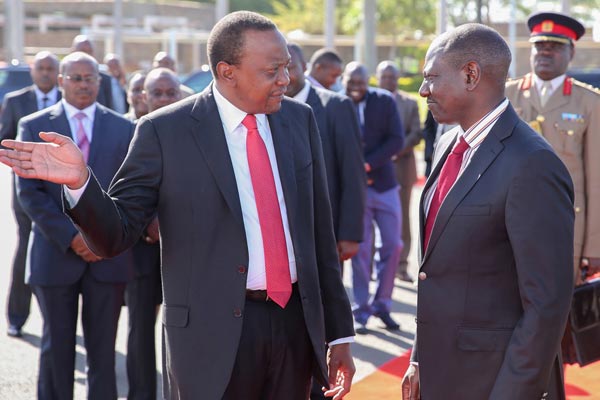 Uhuru flies out as Raila files petition against him

President Uhuru Kenyatta is set to fly out of the country tonight even as Raila plans to file a petition against his victory – Uhuru will be attending the swearing in of Rwanda’s President Paul Kagame who won with a landslide President Uhuru Kenyatta has flown out of the country just hours to the filing of a petition challenging his victory in the just concluded General Election. Uhuru on Thursday August 17 flew out of the country to attend the swearing in of Rwandan President Paul Kagame. According the Presidential Strategic Communication Unit (PSCU),Uhuru will attend the ceremony which will be held on Friday August 18.

TWITTER “.@PresidentKE will join the people of Rwanda tomorrow, Friday, 18th August 2017, to witness the Inauguration of President @PaulKagame“

Uhuru flies out as Raila files petition against him Reviewed by samrack on August 17, 2017 .