These running shoes are changing lives in Kenya. We SO want a pair!

These running shoes are changing lives in Kenya. We SO want a pair!

Kenya has a global reputation for producing some of the planet’s greatest running champions. Its reputation for running has sparked an interest in runners around the world who flock to high-altitude training regions in Kenya. It was this worldwide attention on Kenya that led Navalayo (Nava) Osembo-Ombati and Nairobi-based ONE member Weldon Kennedy to design a running shoe that will be made in Kenya and create a sustainable income for the local community.

As Weldon puts it, “There is no other place in the world that you can make a Kenyan-made running shoe.” 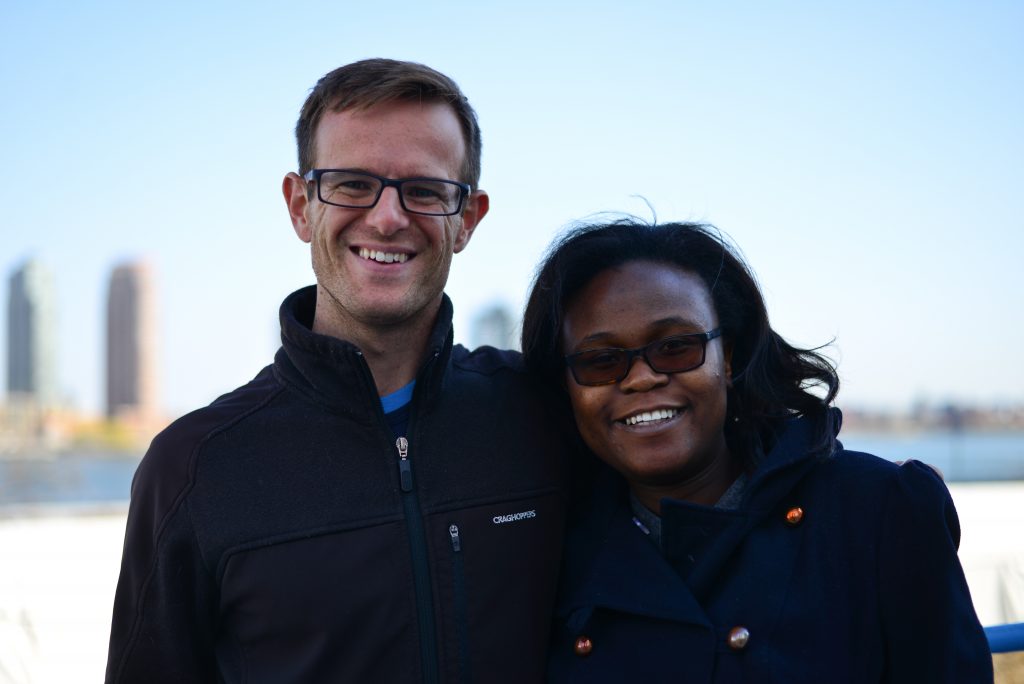 Nava and Weldon want to use their company, Enda (which means “go” in Swahili), to initiate social change in Kenya. Enda’s directive is to create change in the local economy through empowerment and ownership, and they (along with development experts and the government of Kenya) strongly believe that the Kenyan economy will benefit from behaviors guided by the “buy-something-from-Kenya rather than give-something-to-Kenya” principle. Although the company is still in the Kickstarter phase, Nava and Weldon have some serious plans for the future. 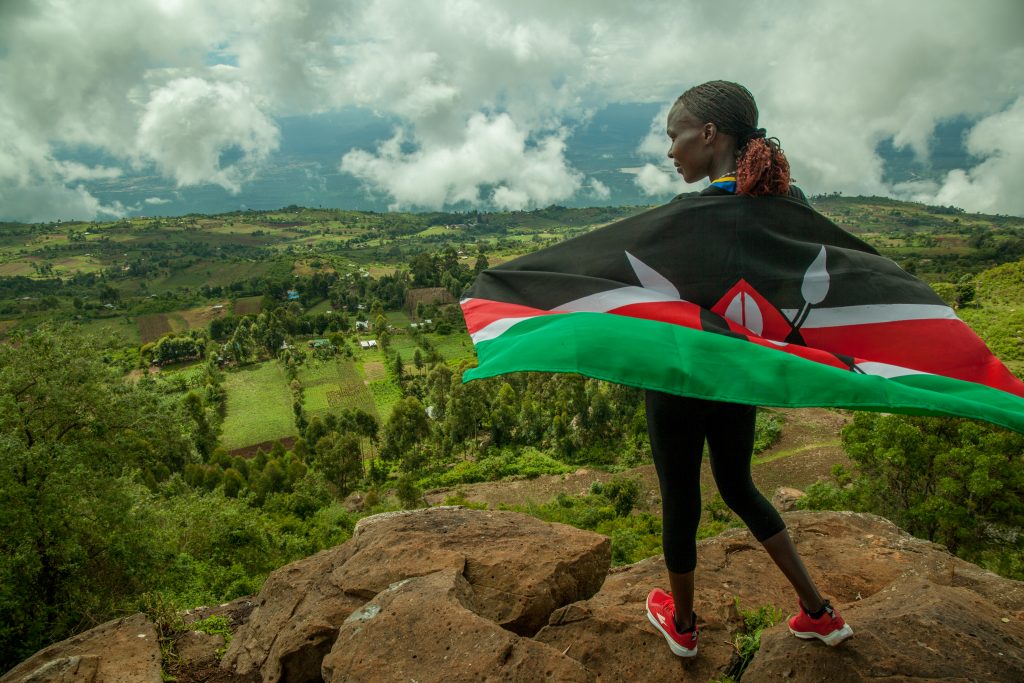 Nava, who was born and raised in Kenya, is familiar with the conditions of poverty and sexism that affect local communities and can hamper individuals from achieving their full potential.

“I’m a product of education. Luck has come, but education has given me lots of opportunities,” Nava says. She graduated from the London School of Economics and is qualified as a lawyer and an accountant. It is these academic and career achievements that have made Nava stand out as a leader and role model to young Kenyan girls—some of whom approach her regularly for advice on how they too can succeed in Kenya’s patriarchal society. 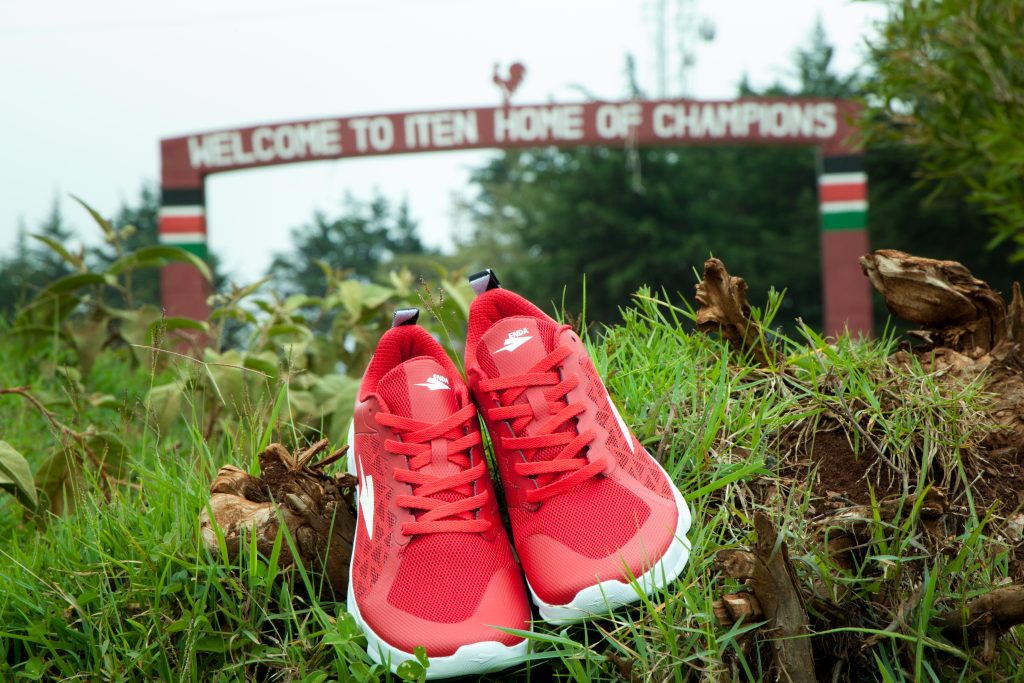 A pair of Enda Itens, named after a small town in Kenya known for producing running champions. (Photo credit: Enda)

It is essential to Nava that Enda embodies a strong sense of social responsibility and empowers vulnerable individuals by providing them with equal opportunities to earn sustainable livelihoods and achieve security.The shoe company plans on employing men and women to do the same jobs and also plans to operate a childcare facility on site so single parents can earn an income while knowing their babies are in safe hands.

Enda is also focused on ways they can share their success with the Kenyan community outside of employment. Nava and Weldon will be bookmarking a percentage of their profits for distribution to local community projects that are excelling at what they do. It can be difficult to secure funding for small development projects and the co-founders of Enda want to make sure that projects seeing good results in local communities can continue to deliver the goods. 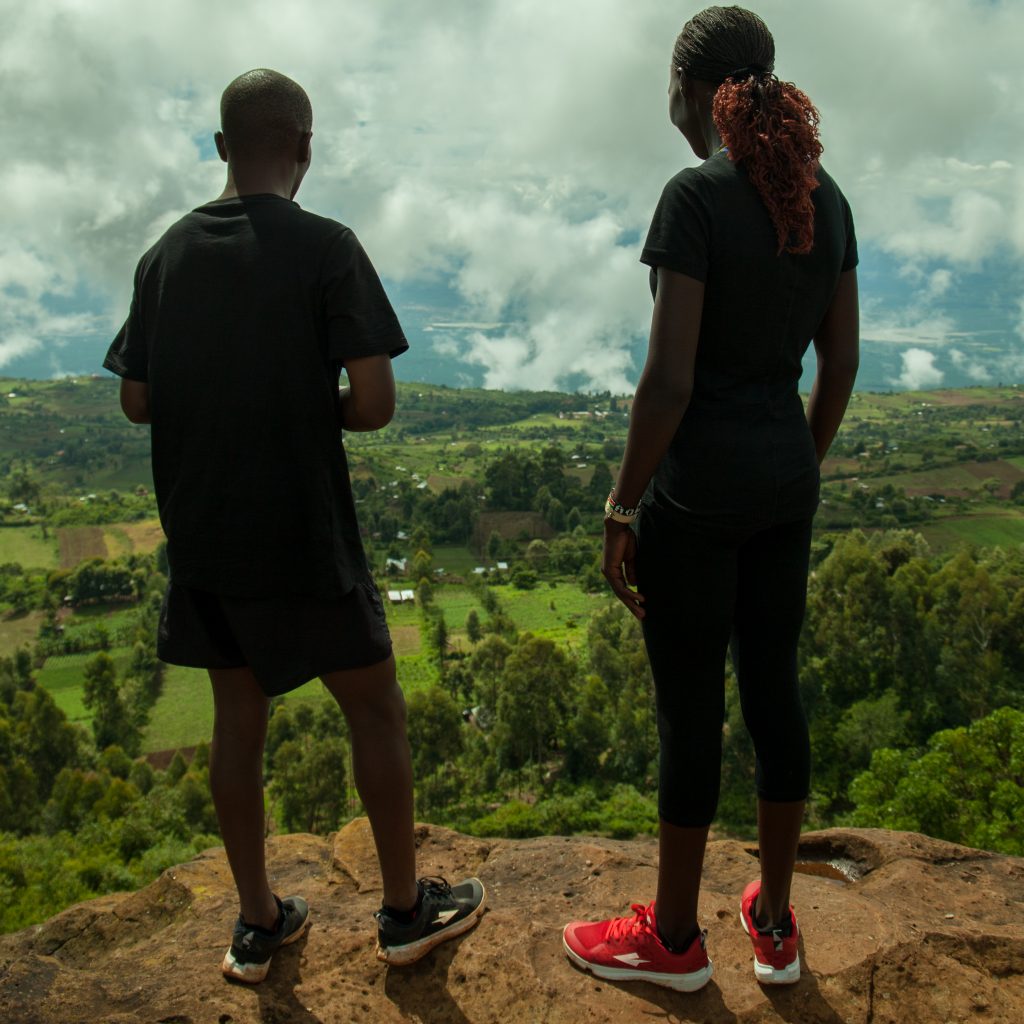 In addition to empowering individuals and providing stable, sustainable livelihoods, Enda is also on a mission to change the world’s perception of Kenya. “We are more than politics or terrorism,” Nava emphasized. “Kenya is a country of innovation, creativity, and of people making change.”

Nava and Welden believe Kenya’s narrative can be rewritten—that there is room to be known as a source of quality runners AND quality products.

Tags: https://www.one.orghttps://www.one.org/us/2016/06/10/how-this-pair-of-running-shoes-is-going-to-change-lives-in-kenya/?hootPostID=cb394e8c331fa93ad7bdbe0acc727da3These running shoes are changing lives in Kenya. We SO want a pair!
Previous Post