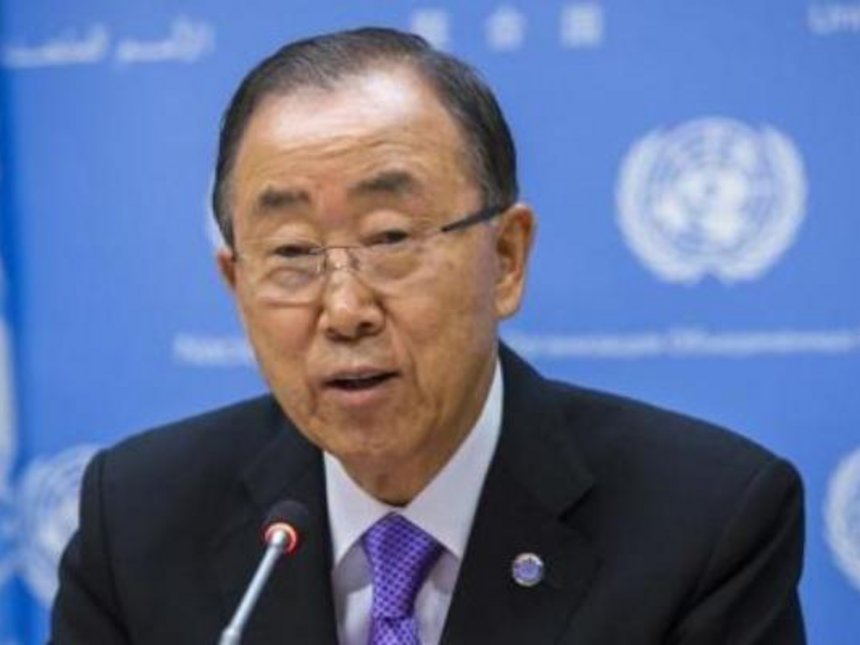 UN secretary general Ban Ki-Moon on Wednesday said they want the process of repatriating refugees from Dadaab camp to be humane.

Ki-Moon conveyed the message even as President Uhuru Kenyatta told the UN chief that the decision by Kenya government to close down the camp was timely.

He gave the directives during talks he held with the President at the sidelines of the European development days in Brussels, Belgium.

And Uhuru assured the UN boss that the agency’s concerns mirrored what Kenya has in mind about the closure of the camp.

He said stability is returning to Somalia even though more work needs to be done towards durable solutions.

The President asked the UN to support the African Mission in Somalia “just like it does other peacekeeping missions”.

Uhuru said besides humanitarian assistance, the world needs to channel more efforts to support the security forces of Somalia.

He said that the UN should take up the role of coordinating efforts from different countries that have offered to support the once war-torn country.

The President reiterated the need to reinvigorate Amisom and the Somalia national army in accordance with the conclusions of the high level conference on Somalia that was held in Istanbul, Turkey in February 2016.

“There is an urgent need to ensure predictable, adequate and sustainable funding for AMISOM through UN assessed contributions,” said President Kenyatta.

The President also expressed Kenya’s appreciation for the support the UN has provided to Kenya in the war against terrorism through the Counter Terrorism Committee.

He said Kenya is committed towards supporting the implementation and review of the UN Global Counter-terrorism strategy and the UN secretary general’s plan of action to prevent violent extremism.

The review of the UN global counter-terrorism strategy is currently ongoing in the context of the UN General Assembly and it is expected that a new resolution outlining the new strategy will be adopted on June 30, 2016.

Uhuru and Ki-Moon also discussed the strengthening of the UN Office in Nairobi for effective address of global challenges.

Share thisFacebookTwitterPinterestEmailWhatsAppUN wants closure of Daadab refugee camp free of humanitarian crisis UN secretary general Ban Ki-Moon on Wednesday said they want the process of repatriating refugees from Dadaab camp to be humane. Ki-Moon conveyed the message even as President Uhuru Kenyatta told the UN chief that the decision by Kenya government to close down