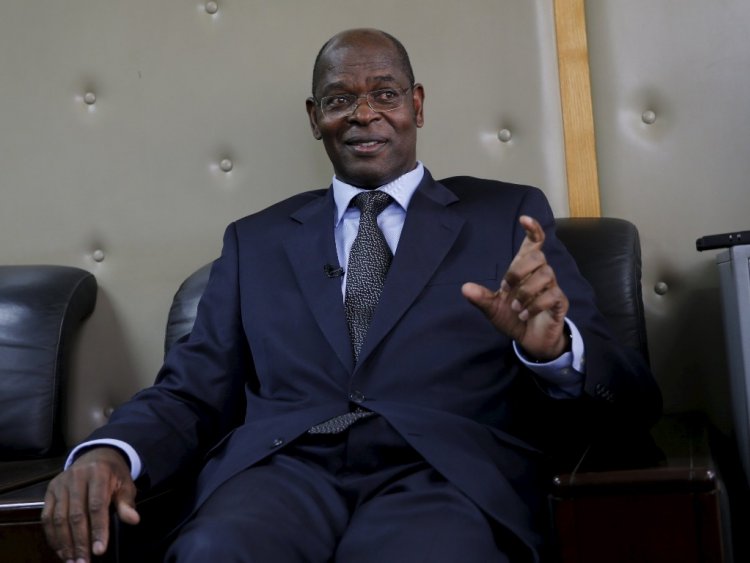 Ethics and Anti-Corruption Commission Chairman Philip Kinisu speaks during an interview with Reuters inside his office in Nairobi, March 8, 2016. Photo/REUTERS/Thomas Mukoya

Kenya is losing a third of its state budget – the equivalent of about $6 billion (Sh608 billion) – to corruption every year, the country’s new anti-graft chief told Reuters, saying his agency was badly short of staff and modern equipment to tackle the problem.

Philip Kinisu, a retired auditor, said in an interview that he wanted to build on Kenyans’ discontent with corruption but the real drive to stamp it out had to come from public pressure for change.

Kenya has a history of multi-million dollar scandals that have failed to result in high-profile convictions. This has angered the public, who accuse top officials of acting with impunity and encouraging graft by those in lower posts.

Businesses also often cite pervasive corruption as one of the biggest obstacles to investment.

Kinisu, who became chairman of the Ethics and Anti-Corruption Commission (EACC) in January, noted that the total state budget was close to the equivalent of $20 billion.

“Kenya’s budget is now approaching 2 trillion shillings; a third of it is being wasted through corruption,” said Kinisu, whose predecessor resigned last year.

Were such a sum not lost, it would be enough to cover most day-to-day state spending before investment items such as development projects.

“Six hundred billion shillings can finance the bulk of the government’s recurrent expenditure so that the services can reach all corners of the republic,” said Kinisu, who retired from international accountancy and advisory firm PwC in 2014 after a three-decade career.

Finance Minister Henry Rotich denied that so much was being lost to corruption but said poor documentation at times fuelled the perception that funds were being squandered.

“It is not that the money is lost, it is probably the documentation is not READ MORE

Ethics and Anti-Corruption Commission Chairman Philip Kinisu speaks during an interview with Reuters inside his office in Nairobi, March 8, 2016. Photo/REUTERS/Thomas Mukoya Sh608 billion of Kenya budget lost to corruption every year – EACC chairman Kinisu Kenya is losing a third of its state budget – the equivalent of about $6 billion (Sh608 billion)