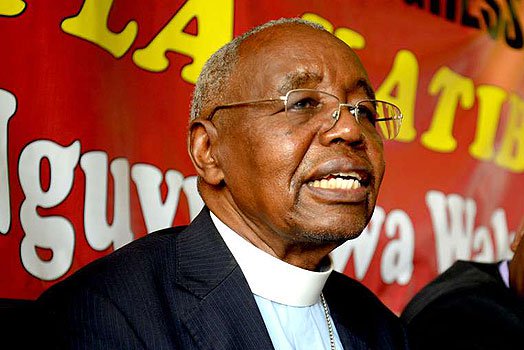 Retired Reverend Timothy Njoya over the weekend celebrated his 5oth wedding anniversary and is looking forward to his hundredth.

Rev Njoya took to Twitter to announce his anniversary and stated how he will be 127 on his hundredth wedding anniversary.

Some tweeps asked Njoya if he had hopes of living that long.

He replied that were it not for the clobbering he endured in the fight for multiparty democracy, he would live longer than 127 years.

Rev Njoya often lights up Twitter with his replies and his long life response excited netizens as always.