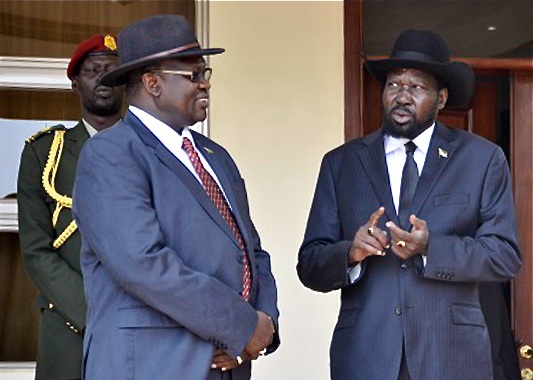 The deal struck in Nairobi at a meeting chaired by President Uhuru Kenyatta is in line with the Arusha agreement in which the three factions of the SPLM agreed on the unification of the liberating party.

In the Arusha agreement in January this year, delegates from three factions of the SPLM signed a 12-page agreement that laid down key steps toward reunifying the party. The agreement was signed by the faction loyal to President Kiir, the SPLM-in-Opposition led by former vice president Riek Machar and a third faction made up of former political detainees. 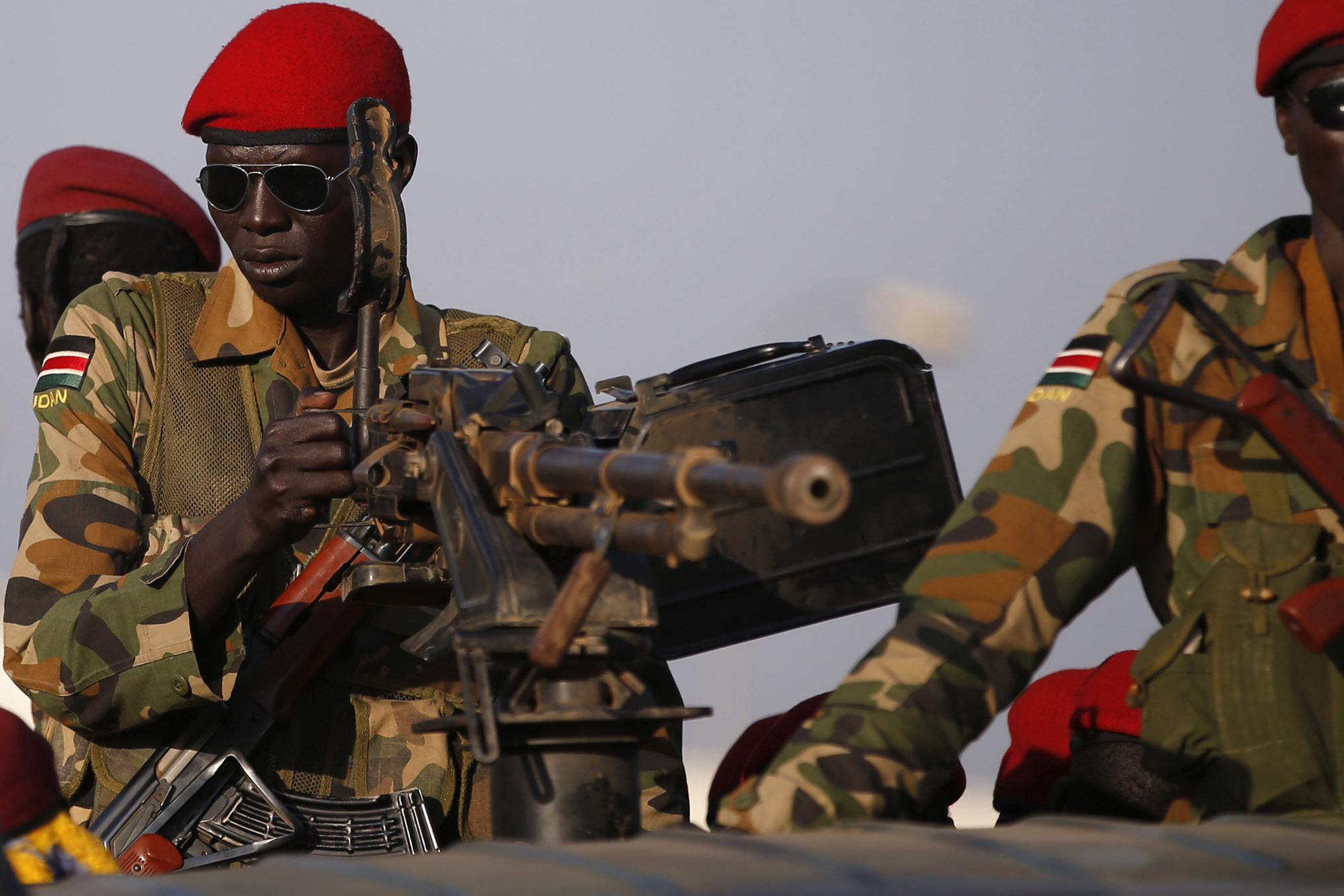 SPLA soldiers stand in a vehicle in Juba

President Uhuru convened the meeting in his capacity as the rapporteur of IGAD.

The meeting was also attended by Deputy President William Ruto and the Foreign Ministers of Kenya and South Sudan.

President Uhuru said the Nairobi deal means that the search for peace is edging closer to fruition.

He emphasized that it was important for the leaders of South Sudan to seize the opportunity to seek a comprehensive agreement and move closer to sustainable peace.

Earlier at the 16th Summit of the East African Community Heads of State that was also attended by President Kiir, Uhuru commended regional leaders for their efforts to restore peace and stability South Sudan.

He said while neighbouring states continue to support peace-building in South Sudan, the parties involved in the conflict must remember that they hold the key to stabilising their country.

“The parties therefore have an obligation to resolve any differences that may have caused the conflict in order to allow the people of South Sudan grow their homeland,” Uhuru said.

He said the progress made so far strongly points to the possibility of a lasting settlement and a return to the agenda of South Sudanese progress and self-determination.

Share thisFacebookTwitterPinterestEmailWhatsApp Former South Sudan political detainees on Friday struck a deal with President Salva Kiir that could accelerate the peace process in Africa’s youngest nation. The deal struck in Nairobi at a meeting chaired by President Uhuru Kenyatta is in line with the Arusha agreement in which the three factions of the SPLM agreed