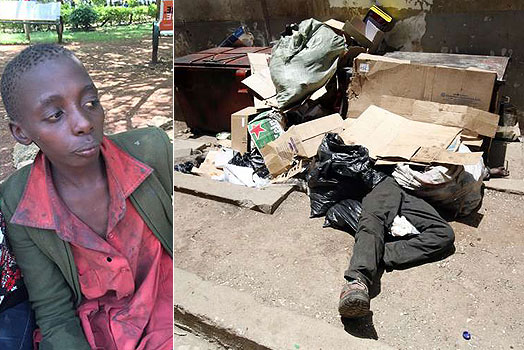 A video of a young Nairobi street boy talking in fluent English has gone viral on Facebook and prompted Kenyans to donate towards his education.

The 15-year-old was recorded by a volunteer of the Homeless of Nairobi charity group.

The young Morris, in the video, exhibited  an impressive command of vocabulary and diction as he articulated on the need to give opportunity to street children.

In the two-minutes-clip, he blasted Governor Evans Kidero’s  decision to kick out street families out of the city centre ahead of President Barack Obama visit last year.

“Okay, my message to the public is that in the streets we have talented people and we have those who also have knowledge. But what they are lacking in something called opportunity. Opportunity is an English word that simply means a chance… so they are lacking that chance,” said Morris.

According to the volunteer who recorded the clip, Morris is a standard eight dropout who escaped to the streets after facing discrimination in his family.

The video clip was an instant hit among Kenyans who sought more information on the boy’s background, prompting the charity group to post a full transcript of the interview on their Facebook page ‘Homeless of Nairobi’.

In the transcript, the young lad narrated his heart-wrenching experiences with his family that saw him seek refuge in the streets of Nairobi.

“I’ve been on the streets for one year now…I suffered from family discrimination. They did not want me and fought a lot. My father was a polygamist and a drunkard,” explained Morris.

Kenyans contacted the charity group on how they can help take Morris back to school. By Tuesday evening, a sponsor had agreed to pay his school fees for a year.

“We are overwhelmed with the responses we’ve gotten about Morris. We’re proud to say that within an hour of posting our last message, we received a call saying someone wants to donate the total amount for Morris to go to school for a full year whether it’s boarding or day school!” read a statement by the charity group.

Meet Street Boy Whose Command of English Will Make You Seek School Fees Refund [VIDEO] Reviewed by samrack on February 24, 2016 .

Share thisFacebookTwitterPinterestEmailWhatsAppStreet boy Morris who displayed a remarkable command of English. PHOTO | COURTESY Meet Street Boy Whose Command of English Will Make You Seek School Fees Refund [VIDEO] A video of a young Nairobi street boy talking in fluent English has gone viral on Facebook and prompted Kenyans to donate towards his education. The