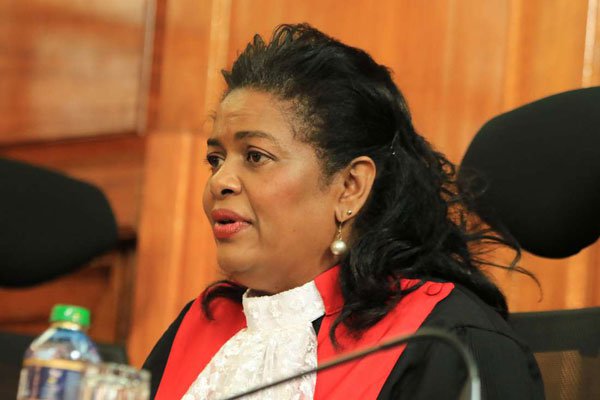 The era of being condemned to life in prison could soon be bygone, and dream come true, especially for capital offenders convicted prior to the 2010 promulgation of the new Constitution.

This is after Kenya’s highest court yesterday declared a section of the law that stipulates lifelong jail terms as unconstitutional and contrary to the Bill of Rights.

The petitioners, Francis Karioko Muruatetu and Wilson Thirimbu Mwangi, have been in jail for 17 years.

However, in Kenya, there have been no executions since 1987 for accused persons sentenced to death and those convicted serve a lifelong jail term unless pardoned by the President through the Power of Mercy law.

Murder, robbery with violence and treason are the capital offences in the Kenyan criminal law that attract the death penalty, hence convicts serve life sentences.

“The mandatory nature of the death sentence as provided for under Section 204 of the Penal Code is hereby declared unconstitutional,” ruled the three-judge Bench.

The judges said the section stipulates a brutal reality that is mandatory, contrary to the provisions of the Constitution as well as the Bill of Rights on the State’s protection to each and every individual.

They, therefore, recommended that the Attorney-General, Director of Public Prosecutions and other relevant agencies prepare a detailed professional review in the context of this decision with a view to setting up a framework to deal with the re-hearing and sentencing of similar convicts.

They also ordered that a copy of the judgment be forwarded to Speakers of both Houses of Parliament and the Kenya Law Reform Commission for any amendment and formulation of the law with regard to the parameters of what constitutes life imprisonment.

The duo will be the first lifelong convicts to face a re-hearing so that their sentences are reduced. The judges ordered that they should face a hearing before the High Court on a priority basis for fresh sentencing.

The two were convicted in 2003 by High Court judge Msagha Mbogholi alongside five others — including Elizabeth Gitiri Gachanja, the wife of former Lands Commissioner Wilson Gachanja — for the murder of businessman Lawrence Githinji Magondu.

Previously, an accused person was not mandatorily given a chance to plead with the court with reasons to be considered by a judge so as to be granted a lesser sentence, in what is usually referred to as mitigation in court.

The apex court said mitigation is necessary and a trial judge should evaluate it and grant an accused an appropriate sentence. But trial court judges usually say their hands are tied by this law, even if there is mitigation, and send capital offenders to the death row.

The judges also pointed out that the guidelines on sentencing released by the Judiciary last year did not touch on life imprisonment for the mere fact that it is already determined.

And considering that death row convicts could sue for compensation, they absolved the Judiciary from blame, saying it is not its job to provide a legal framework for the rights and treatment of such persons but the Legislature.