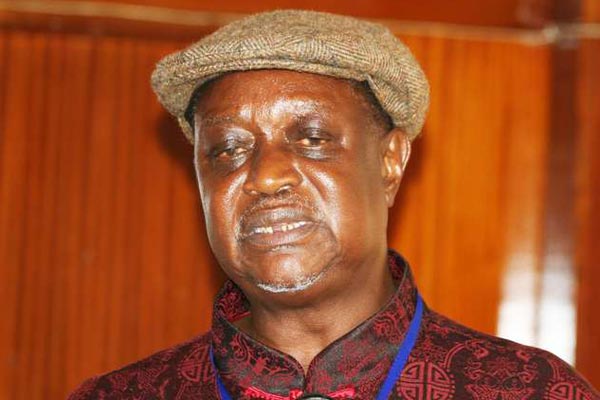 Eala MP Oburu Oginga. He has been a lawmaker since 1994. PHOTO | FILE | NATION MEDIA GROUP

Dr Oginga, 74, is a former MP for Bondo and was nominated to the Senate after losing the 2013 elections.

Mr Odinga believes he was robbed of victory in the August 8 elections through manipulation of the vote tallying system.

He went to the Supreme Court and successfully secured nullification of President Kenyatta’s win, but went ahead to boycott the fresh elections held on October 26, citing lack of a level playing field.

Mr Odinga has continued to challenge the legitimacy of President Kenyatta after the Supreme Court affirmed the latter’s second win and was subsequently sworn in.

Many thought for this, Dr Oginga, himself a bitter foe of the administration, would be rejected in the Thursday elections in a House in which Jubilee has a near super majority.

But this was not to be.

Jubilee MPs we spoke to cited experience and education in their endorsement of Dr Oginga, who has a PhD in economics.

He has also been a legislator since 1994 when he succeeded his father, Jaramogi, as MP for Bondo.

Kiharu MP Ndindi Nyoro said most people voted for Mr Oginga because of lack of alternatives and because he is known by many people.

“I have heard many youth complaining why MPs voted for Oburu, the youths did not even present their candidature, so how could we vote for people who are absent,” he said.

“So many youth are on Facebook and Twitter complaining about the old people taking leadership position and thinking that such positions will be handed over to them without hard work.”

Still others cited the political rapprochement between President Kenyatta and Mr Odinga.

National Assembly Minority Leader John Mbadi told Nation that Nasa had struck a deal with Majority Leader Aden Duale for Jubilee to support both Mr Musyoka and Dr Oginga as their demonstration that the differences between President Kenyatta on one hand, and Messrs Odinga and Musyoka on the other hand, were not personal.

“We wanted to signal that we mean well even as we compete,” said a Jubilee MP.

MPs also have a history of rallying behind one of their own even if they are sworn enemies, when pitted against rank outsiders.

Seven of the nine nominees to the regional club sitting in Arusha, Tanzania, are former MPs.

They were declared elected after more than six hours of voting and tallying in both the National Assembly and the Senate.

Eala: Why Jubilee MPs rallied behind Oburu Oginga Reviewed by samrack on December 15, 2017 .