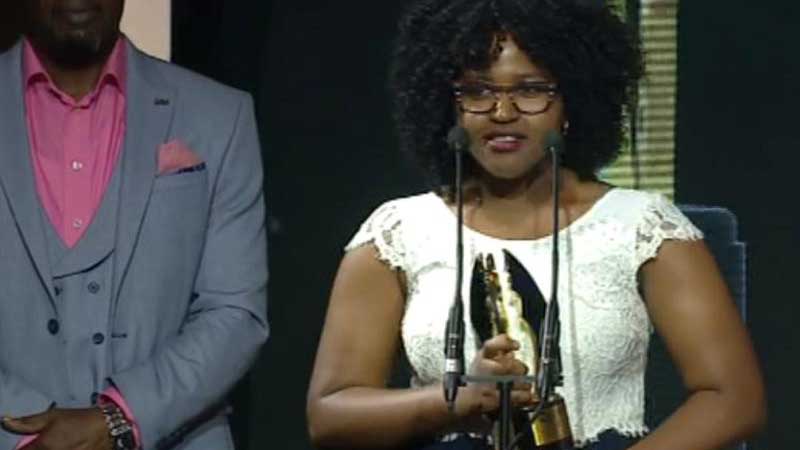 A film on the suffering of a patient who died after waiting for hours in an ambulance has won a continental award. The movie, 18 Hours, by Phoebe Ruguru, shows the tribulations of Alex Madaga, who was involved in an accident three years ago and died untreated in an ambulance. The movie won the overall best film at the Africa Magic Viewers’ Choice Awards in Lagos, Nigeria, on Saturday.

18 Hours shows the longest period in the life of a paramedic, Zach, who works for Raven Paramedics Services. Zach’s duty is to respond to emergencies. A call comes through about an accident on Highway 89. A pedestrian has been injured in a hit-and-run while on his way to work. Zach and his driver, Mark, rush to the scene. They find the victim bleeding profusely. They get him into the ambulance, but no hospital will accept the injured man because he has no medical insurance.

Now joined by the man’s wife, Sabina, the ambulance crew takes turns watching over the man, whose life is slipping away fast. After 18 hours of waiting, the man succumbs to his injuries. The movie captures the incident that caught the attention of the entire nation when it happened in October 2015, raising questions on health insurance for the poor and medical ethics. It also captured the attention of judges in Lagos last weekend. In the best Overall Film category, 18 Hours beat Potato Potahto by Shirley Frimpong-Manso. It also beat Alter Ego by Moses Inwang, Devil’s Chest by Hassan Mageye, Descent by Awal Abdulfatai and The Road to Sunrise by Shemu Joyah. The film impressed the Kenya Film Classification Board (KFCB) CEO, Ezekiel Mutua, who attended the award ceremony. “It’s quite clear from the performance that our industry has come of age. I was thrilled as I watched movie after movie from Kenya being called out in various categories,” said Mr Mutua. Film’s editor The film’s editor, Mark Main, won the award for Best Picture Editor. It also bagged the Best East African Movie award, beating Devil’s Chest by Hassan Mageye, The Forbidden by Kizito Samuel, Saviour Rain by Mathew and Eleanor Nabwiso, and Bella by Math Bish. Another Kenyan movie, Supa Modo, by Sarika Hemi Lhakani, won the Best Indigenous Movie in the Swahili category. The award ceremony, held at Eko Convention Centre, was a night for Kenyans, with Nyce Wanueri of Auntie Boss! bagging the Best Actress in Comedy and TV series. Another Kenyan, Dennis Wanjohi, won the Best Documentary with his production, The Flesh Business.

Phoebe Ruguru, the director of 18 Hours, makes her acceptance speech during the Africa Magic Viewers’ Choice Awards 2018 in Lagos, Nigeria. [Courtesy] Kenyan film ’18 Hours’ feted in Lagos festival A film on the suffering of a patient who died after waiting for hours in an ambulance has won a continental award. The movie,