Kenya might be in the hands of new owners by 2063 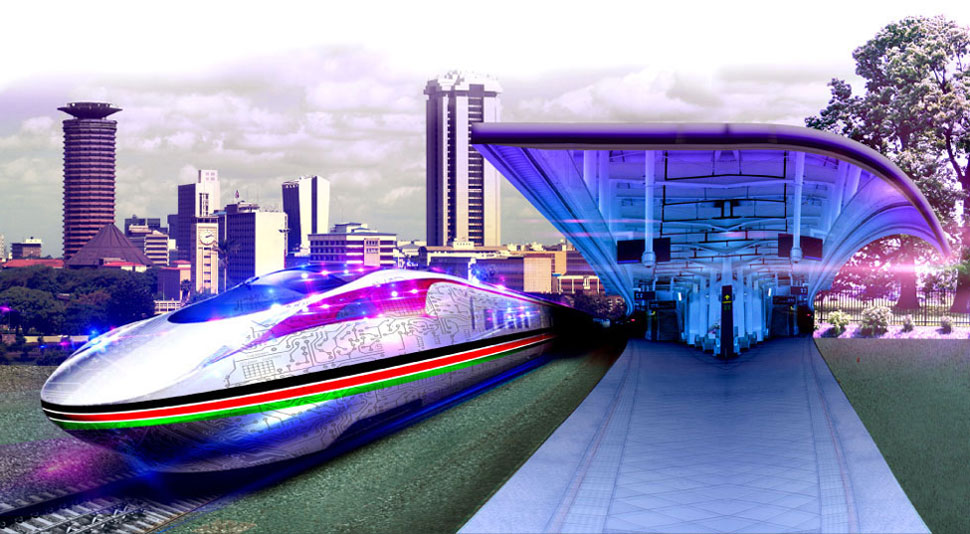 The National Spatial Plan (NSP) that was launched in March 2017 is a notable Vision 2030 that will be incorporated in MTP III : Pic Photo Courtesy

Kenya might be in the hands of new owners by 2063

On December 12, 2063, Kenya will celebrate a 100 years since becoming a republic. It will be 168 years since Britons made Kenya a protectorate and 143 since Kenya became a colony. It is highly unlikely I will be there to celebrate; my obituary might have been long written. The year 2063 also constitutes the end of African Union (AU) agenda 2063, not as publicised as Kenya’s Vision 2030.

According to the African Union website, the agenda “builds on, and seeks to accelerate implementation of past and existing continental initiatives for growth and sustainable development.” It further identifies some past and current initiatives such as the Lagos Plan of Action, Abuja Treaty, Minimum Integration Programme, Comprehensive Africa Agricultural Development Programme and the New partnership for Africa’s Development.

Held hostage We should not ask loudly why all these past initiatives have not transformed the once dark continent. Could it be that we start one initiative before the other is implemented? Why did President Kenyatta ban new projects before old ones are completed? Coming up with new projects is often about money and outdoing your predecessors.

It is also about legacy. It is a problem common in Africa and has held many countries’ economic progress hostage. Let us leave Africa for now and come back home. How will Kenya be by the year 2063? One bold suggestion is that it will have new owners.

The indigenous Kenyans owned the country till the Britons came and laid claim. It was easy for them. They had tried that elsewhere, from India to Canada and Australia.

They had superior weapons, not just guns but other tools that left us in awe. Think of someone lighting a match box or torch for the first time. It is still a mystery to me why the British took too long to come to Kenya.

Did they fear the mosquitoes?  What of the Maasai? Or was there enough space for them in temperate Canada, Australia, New Zealand and South Africa? Think of it; Britons were in North America by 1620, South Africa by 1820.

They were in Australia in 1788 and India in 1757 through company rule before the Crown took direct control in 1858. Remember the Viceroy and Maharajahs of India? The two world wars seem to have played a role in ushering Britons to East Africa, with former soldiers given land in Kenya as a reward for their success in battle.

By the way, one Kanja Kibuku from Ndundori told me of meeting a Kenyan, Mwai Kihiko, in 1959 who had been given land by the British in South Africa after WWII.

Anyone heard of him? Kanja had helped JP Van Rensburg take back his belongings to South Africa after the winds of uhuru started blowing in Kenya. It is an interesting paradox; after running away from black rule in the penultimate years to our independence, the Afrikaans – or better, Boers – finally came under black majority rule in South Africa 31 years later.

We are yet to get a good enough reason why it took so long for the British to take over Kenya, build palatial homes and romanticise their new homes with books like Elspeth Huxley’s ‘White Man’s Country”. But in no way am I celebrating the coming of mzungu. Enough digression.

Who will be owning Kenya by the year 2063? Long after our feeble bodies have crumbled into dust, to quote Ed Stone one of the scientists working on Voyager, the American project has explored the outer fringes of the universe since 1977.

Let us be blunt; ownership of a country is not just about the land and other physical resources such as  houses, cattle, cars or works of art. It also includes the less talked about – our mind, thought process, culture.

Ownership includes our identity and even our dreams and aspirations. Through most of Kenya’s history, ownership has been seen through the physical lenses with more focus on visible things. That is why we fought for land but not much over our culture or identity.

Does it surprise you that some of the most celebrated Mau Mau heroes have foreign names? Intellectual resources The less emphasis on non-tangible wealth is best shown by the low number of intellectual resources owned by Kenyans, from books to patents, or even works of art. It should not surprise us. You can drive a new car and everyone will see and hopefully say something good about it.

We can comment about your spouse or mpango wa kando, but you can’t carry your Nobel Prize or degree certificate around to show off your intellectual property. Few will notice your qualifications even on the business card. Historically, we have fought and died over the tangibles – they define our wealth, status and often power.

But ownership of tangible assets and intangible, or soft, assets is often a prerequisite for power. USA has tangible assets from multinational corporations to vast lands but has leveraged on intangible assets such as patents, copyrights, trademarks or even movies that influence our perception of their products and services.

China is following suit by shifting from tangible assets to intangible assets like culture through the Confucius Institute. Japan is unique; she never bothered much with intangible assets. Learning Japanese has not fascinated many Kenyans. Britons had perfected ownership of both types of assets with land, businesses and religion and their culture to match.

One is education. Think loudly, the most educated own more property and more influence in Kenya. Through education, lots of Kenyans have moved from rags to riches.

But it not just any education, it is the right education. Why have Asians been so successful in Kenya and USA, or even UK? They pursue “universal education”, courses that will taken them anywhere in the world. A computer scientist will work anywhere in the world, not a political scientist. But the most important reason why education will determine who owns Kenya in 2063 is that it is a purveyor of optimism, the “can do it” spirit.

Children from poor background, who wore shoes for the first time in Form one, became the captains of industry because of the optimism embedded in our education in the past. Today, sadly, education is becoming a purveyor of pessimism. Why else are schools burning? Some parents long realised the importance of education, good education.

That is why academies and high-cost schools are popular; they try to shield kids from pessimism, hopefully without lots of pampering.  That education is holistic, going beyond the “clutter of inert ideas”. It has spiritual, moral and physical values. Noted how good schools are endowed with sports facilities and chapels? Any education reform that does not raise inspirations, optimism of the next generation is not worth the effort.

The ownership in 2063 will also depend on one’s attitude towards work. Education, sadly, teaches us indirectly to avoid work. Yet, economic progress has always been about work. We all aspire while going through school to one day sit and relax, and earn lots of money while others work. The popularity of higher education is not driven by our love of knowledge, but money that comes with promotion and less work.

Graduate students pretend that is not true! One could ask loudly, who is supposed to work? We never get tired of talking about America’s protest work ethic. It says work is Godly and Quran seems to support the same view. One of the most common complaints from employers today is that employees do not want to work but want higher salaries, here and now.

The owners of Kenya in 2063 will depend on the results of social engineering, subtle but ongoing. The Merriam-Webster dictionary defines social engineering as “management of human beings in accordance with their place and function in society.” Does that sound familiar? Have you noted how Kenyans are accepting their place in society, even willing to sponsor political dynasties or blame themselves for lack of socio-economic progress? Noted how children from poor background now hate school?

Much easier With media, social engineering is much easier. Have seen how even simple things like children’s names have become so uniform? For boys we moved from Kevin to Ian, then Brian, Ryan, Jayden and now Liam. With so much uniformity of thought, it will be easier to have new owners; those motivated to go beyond the call of duty, innovators and risk takers.

New owners of Kenya will emerge because the average Kenyan has been traumatised by past experiences. Even before the traumas of Mau Mau were healed, we got post-election violence, the multiparty, the coalition government, terrorism and repeat elections last year. Some conspiracy theorists opine all these episodes were part of social engineering.

The truth might never be known. We continue from there next week. – The writer teaches at the University of Nairobi.
Source: https://www.standardmedia.co.ke/

The National Spatial Plan (NSP) that was launched in March 2017 is a notable Vision 2030 that will be incorporated in MTP III : Pic Photo Courtesy Kenya might be in the hands of new owners by 2063 On December 12, 2063, Kenya will celebrate a 100 years since becoming a republic. It will be