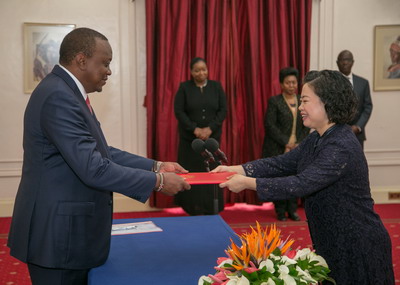 Chinese ambassador to Kenya has explained the alleged mistreatment was part of China’s culture – Kenyans have been demanding for explanations following the expose highlighting he mistreatment The Chinese government has defended the punishment meted against Kenyan standard gauge railway (SGR) workers, explaining it is part of their culture. Speaking on Friday, July 27, in Nairobi, the Chinese ambassador Sun Baohong acknowledged there was a conflict between the Kenyan workers and their Chinese counterparts due to culture and language barrier.

She however said they will change tact of their training as it was strange to the Kenyan community. Read more: https://www.tuko.co.ke/