KANU PLAN FOR GIDEON TO RUN FOR PRESIDENT 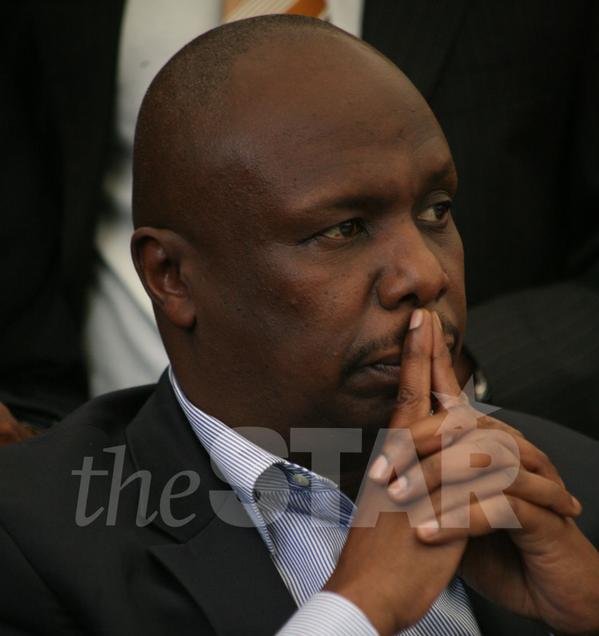 KANU PLAN FOR GIDEON TO RUN FOR PRESIDENT

BARINGO Senator Gideon Moi will challenge President Uhuru Kenyatta for the Presidency at the next election.

Moi is the latest to join the long list of politicians who want to stand for President. They include Cord leaders Raila Odinga, Kalonzo Musyoka and Moses Wetang’ula.

Uhuru has already started preparing to defend his seat by launching a new vehicle, the Jubilee Alliance Party, which he hopes to use alongside Deputy William Ruto in 2017.

The decision to have Moi go for the top seat was arrived at last weekend by Kanu delegates who met in Baringo to discuss ways of revamping Kenya’s oldest political party.

“Yes, Gideon will be our candidate in 2017. Anyone else interested will have to show us why he is better than Gideon,” said a senior party official who attended the Baringo meeting.

But an aide to Moi, Joseph Kimkum, said party members were entitled to their views as, for now, the Baringo Senator supports President Kenyatta’s administration.

“The Senator has not said he will go for the Presidency in 2017. For now, he is supporting President Kenyatta fully and is happy to serve the people of Baringo and all Kenyans,” said Kimkum.

Kanu believes that it can upstage Deputy President Ruto, especially in Rift Valley if the DP does not run in 2017.

As part of the preparations, the party has scheduled two major events this year that will culminate in the naming of the younger Moi as the party’s Presidential flag-bearer.

In June, the party will hold major celebrations to mark 55 years since it was formed and it will launch a rebranding campaign as it seeks to market Moi.

Kanu will also intensify recruitment of party members before holding grassroots elections later in the year.

In December, the party plans to call a National Delegates’ Conference where it will fill vacant national positions and endorse Moi’s candidature.

The former ruling party is also planning to revive a Women’s league so as to reach out to women across the country.

Yesterday Kanu Secretary General Nick Salat told the Star that the party has planned a raft of activities aimed at reviving it across the country.

“The NDC in December will take stock of all these activities and decide the way forward on the Presidency. Members will decide whether to go it alone in 2017, or partner with another party. For now, we just want to add value to Kanu,” said Salat.

The party has also decided to give young people and women key positions in the party and allow them to manage and market the party.

“Young people and women are more than half of the country’s population. Therefore, we have decided to give them opportunities to help revive Kanu,” said Salat.

Moi, the son of former President Daniel Moi took over the 55-year-old Kanu party in April 2012, after his then rival for the Kanu chairmanship Uhuru Kenyatta, now also 55, skipped the NDC held at Kasarani, claiming the rival faction had convened it illegally.

A successful businessman, Moi, 51, won his current seat with a landslide win of over 80 per cent against his opponent, the Rev Jackson Kosgei.

Moi is the Kanu chairman and the chairman of the Senate Committee on Transport.

West Pokot Governor and Kanu member Simon Kachapin told the Star that the party had resolved to field its Presidential candidate in 2017.

“Kanu has a lot of history and many people still relate to it. It is not about individuals – it is about a rebranded party with new people”.

KANU PLAN FOR GIDEON TO RUN FOR PRESIDENT Reviewed by samrack on March 2, 2015 .

KANU PLAN FOR GIDEON TO RUN FOR PRESIDENT BARINGO Senator Gideon Moi will challenge President Uhuru Kenyatta for the Presidency at the next election. Moi is the latest to join the long list of politicians who want to stand for President. They include Cord leaders Raila Odinga, Kalonzo Musyoka and Moses Wetang’ula. Uhuru has already