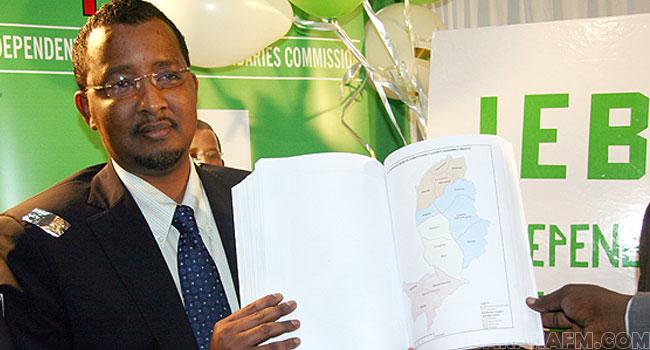 In Kericho on Sunday, Kanu accused Jubilee of planning to rig the poll.

MPs Alfred Keter (Nandi Hills), Oscar Sudi (Kapseret) and Johana Ng’eno (Emurua Dikir), claimed there were additional 100 fictitious polling stations set up by the Independent Electoral and Boundaries Commission (IEBC), which they claimed would be used to record ghost votes.

They demanded an explanation from the commission on why the number of polling stations was increased from 521 to 623.

In Mombasa, ODM leaders launched a scathing attack on Coast Regional Coordinator Nelson Marwa, accusing him of working for Jubilee in the Malindi by-election.

He told Mr Marwa to shut up if he did not have evidence of claims that youths had been ferried to the area to cause violence.

But the controversial administrator defended himself, arguing that he is a civil servant who is mandated to defend the government of the day.

“No one can tell Marwa to shut up. I will continue to speak what I think is right and necessary for the people to know,” he said at a news conference.

He added: “Talking is a gift from God and no one can stop the other to exercise what He has gifted him.”

In Kericho 290,000 Kericho residents vote for their next senator in a poll that the ruling Jubilee coalition will be watching with bated breath.

(Read: Mini-polls seen as a referendum on DP)

On Tuesday, when the votes will have been counted and the winner declared, he will know whether his decision to elevate former Senator Charles Keter to the Cabinet was a stroke of genius or an expensive oversight.

What was meant to be a simple two-month campaign for the seat has slowly turned into a referendum on the popularity of Mr Ruto in an area that has been a key source of support for him and the Jubilee Coalition.

Mr Keter, an influential political player in the South Rift, was last November appointed the Cabinet secretary for Energy.

What initially seemed to be an easy position to reclaim, has turned into a poser for Jubilee and Mr Ruto, with Kanu threatening to turn the tables on JAP with an impressive campaign strategy.

The situation has also reignited the supremacy battles for the Rift Valley between Mr Ruto and Kanu chairman Gideon Moi.

(Read: Grumbling in URP as Uhuru skips votes hunt)
The emboldened Kanu has taken advantage of Kericho residents’ mounting exasperation with Jubilee, allegedly for reneging on its 2013 campaign promises and are unhappy with the folding up of the United Republican Party, a member of the Jubilee coalition.

CRITICAL ACTIVITY
To the DP’s chagrin, the vacancy he created by elevating Mr Keter to the Cabinet provided fertile ground for his opponents in the Rift Valley to come together and form a formidable team that has backed Kanu.

Bomet Governor Isaac Ruto, Narok Senator Stephen ole Ntutu and MPs Keter, Zakayo Cheruiyot (Kuresoi South) and Sudi, as well as the vocal Mr Ng’eno, of the Kenya National Congress party, have all come together to back Kanu.

Political pundits believe that the six leaders want to use the by-election to demonstrate to the DP that they too have a political following of their own, which he stands to lose if he fails to recognise them as equals.

The DP has repeatedly told Kericho residents that his political enemies were watching the by-election.

If his party loses, this would lend credence to claims that he had lost grip of the Rift Valley.

Jubilee and Cord face reality as voters in Kericho and Malindi cast votes Reviewed by samrack on March 7, 2016 .