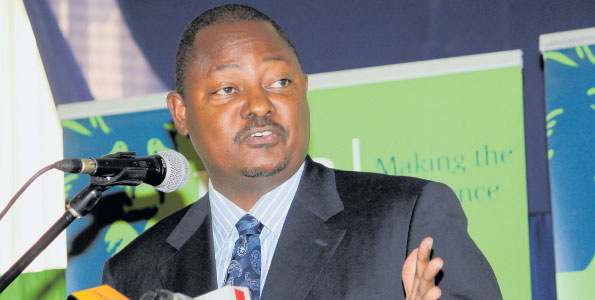 Former KCB chief executive Martin Oduor-Otieno has retired as a partner at Deloitte East Africa to take up a new role as a non-executive director of South Africa’s Standard Bank Group, the largest lender on the continent by assets.

The move is the latest appointment for Mr Oduor-Otieno, who is best known in corporate Kenya for his role as the chief executive of KCB Group between 2007 and 2012.

He joined Deloitte East Africa in May 2013, specialising in advisory services in the financial sector—including banking.

“I retired from my Deloitte partnership to take up the Standard Bank appointment to avoid potential conflict of interest. It is the global professional practice,” said Mr Oduor-Otieno in an interview.

He said that Deloitte South Africa, an affiliate of the local consultancy firm, offers some business advisory services to Standard Bank hence the potential for conflict of interest.

Mr Oduor-Otieno said he will however remain an independent adviser of Deloitte East Africa.

The Standard Bank appointment is seen as a move by the multinational to tap his experience in the financial services industry.

“He has extensive experience in diverse financial and leadership roles including being the previous chief executive officer of Kenya Commercial Bank Group,” said Standard Bank’s chairman Thulani Gcabashe in a statement.

At Standard Bank, Mr Oduor-Otieno will be part of a team driving the strategy of a conglomerate with total assets of Sh13 trillion and interests in banking and insurance around the world.

Its subsidiaries include the Nairobi Securities Exchange- (NSE) traded CfC Stanbic Holdings and Liberty Holdings where it has controlling stakes.

Mr Oduor-Otieno, 59, holds a Bachelor of Commerce degree in Accounting from the University of Nairobi and an Executive MBA from ESAMI/Maastricht Business School.

He is an alumnus of the Harvard Business School Advanced Management Programme and holds an Honorary Doctorate of Business Leadership from KCA University.

Mr Oduor-Otieno was part of the “Dream Team” appointed by president Moi in 1999 to help turn around the economy.