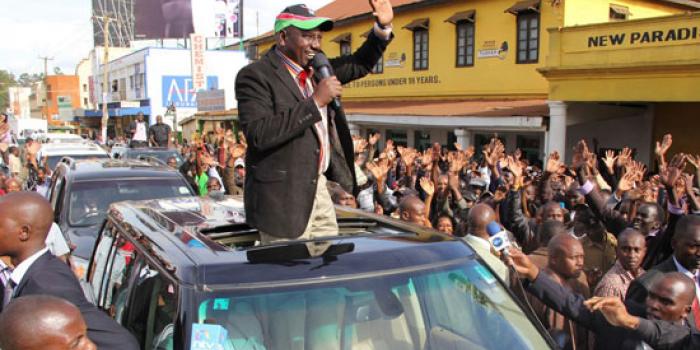 VIDEO: Ruto’s Motorcade Blocked By Kanu Supporters Deputy President (DP) William Ruto‘s convoy was on Saturday blocked by KANU supporters in Kericho town, while heading to Uhuru Gardens for a campaign rally. The DP’s motorcade was denied access to a road leading to the gardens by a huge crowd, forcing the convoy to divert to a different road. In a video shared on