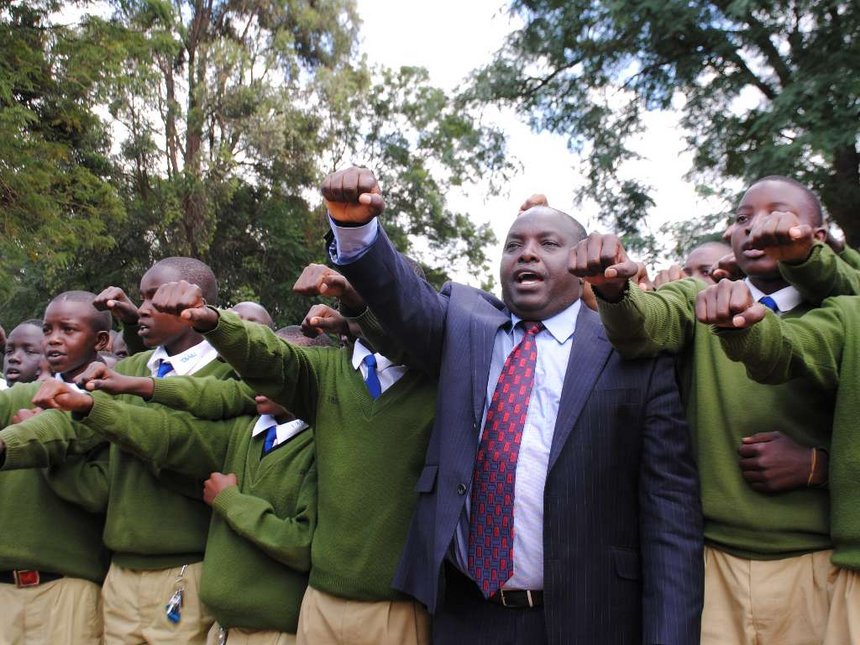 Former Alliance Boys’ High School principal David Kariuki sought early retirement for fear the bullying report from the institution would have led to his demotion, a source has told the Star.

This contradicts earlier reports that indicated the principal quit after the bullying allegations emerged.

The school head, who served for more than 20 years, met the school’s Board of Governance on Tuesday, where they discussed the issue before Kariuki announced his resignation.

The source, who was present at the meeting, told the Star the board explored various options, which he did not reveal, of handling the issue.

The principal then was advised to seek early retirement, which would guarantee him his benefits and pension. “The investigations carried out would have easily led to Kariuki losing his job or be demoted. This would have been humiliating, thus the board explored options and settled for early retirement as the best,” the source said.

The school administration is said to have been aware of the bullying, but did not take it seriously.

“The principal knew the matter would get out of hand and would have had consequences, including losing his job, thus sought an early retirement that would see him enjoy the work he had done for more than 20 years and pension,” he said.

A student of the Alliance High School said efforts to get the administration to stop the bullying was unsuccessful.

“It is something that has been happening and even the administration knows. When I was in form one, a prefect told me if you think of reporting, then you will be hurt even more as the administration won’t help you,” the student said.

The student said when students who have been bullied reported the incidents to the principal, he would call senior prefects and ask them to assist the student. “When this happens, then you will have to walk through hell as the prefects tell all the students that you had reported one of them and they make life hard for you,” the student said.

The student further complained of the excess powers prefects enjoy. “Some of these things going round the media as bullying, were punishments from prefects. For example, swimming on the grass,” he said.

“As a form one student, being told you would be expelled from Alliance is a threat, big enough to make you do what you have to do to remain there.”