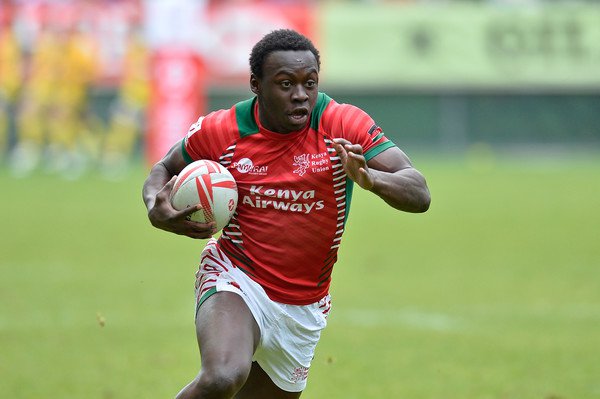 Rugby Sevens circuit returns this weekend in Las Vegas USA. Kenya’s very own Billy Odhiambo alias ‘Billy the Kid’ has been tipped as the man to watch on Saturday and Sunday. He tops in all 16 countries participating in Las Vegas Sevens as the person likely to cause an upset during the event.

‘Odhiambo has got crazy power all round’ read a tweet posted by the HSBC World Rugby Seven Series. The way he fights and surges his way forward past his opponents, the young man clearly shows great skill and strength. He helped Kenya earn two points in Sydney early last month.

Oscar Ayodi rejoined his teammates who left on 25th February after a recall by head coach Innocent Simiyu after missing the two previous campaigns- Wellington and Sydney.

Nevertheless, the team left the country without Strength and Conditioning coach, Ian Gibbons who left the position on 20th February 2016, amid claims of bad blood between him and the Kenya Rugby Union.

Eric Ogweno and Francis Bugonko are the Team Manager and physiotherapist respectively.