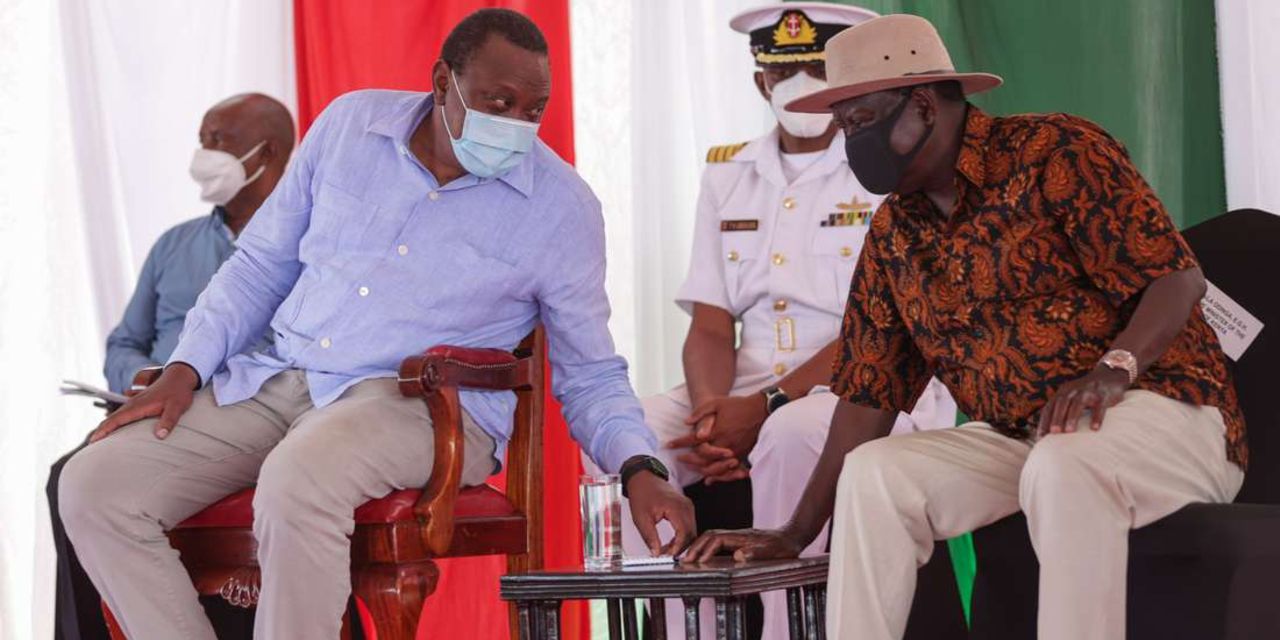 On October 26, 2017, millions of Kenyans in Jubilee-dominated zones turned out to give President Uhuru Kenyatta a birthday gift in the name of a re-election after the Supreme Court nullified the August 8, 2017 poll.

Today, exactly three years later, the Head of State has another gift — only this time the man who opted out of the repeat poll to deny him legitimacy after protesting lack of electoral reforms will be standing next to him, big smiles all over.

BBI Vice Chairman Adams Oloo told the Nation yesterday that whereas their team will have a major role of explaining in details the contents of the report, the office of the President has been involved in today’s event.

“Basically we should expect remarks from the chai. Some of our experts will take people through the detailed report,’ Dr Oloo said.

President Kenyatta yesterday while on a Church visit in Nyeri County said Kenyans will have an opportunity to have an insight of the report after today’s meeting to be able to make informed opinion.

Senate Majority Chief Whip Irungu Kang’ata pointed out that the BBI rallies will be held in each and every county after its launch.

“We shall give copies to each Kenyan so that he or she gets an opportunity to read and make up their mind.”

“Every chief, assistant chief and village elder will be used to distribute the copies,” added Mr Kang’ata, who is also the Murang’a Senator.

Experts, he said, will through the media educate the masses, who will then make a decision to either support or oppose the BBI.

President Kenyatta had ordered for the dissemination of the BBI documents so that Kenyans can make informed opinions.

Mr Odinga noted that Kenya is a democratic country and that those supporting and against the initiative will have to be separated on the ballot.

After their last week’s Nyanza tour, President Kenyatta and Mr Odinga are expected to take the BBI campaigns to Mt Kenya region. The tours in the region, which will also include the launching of development projects as witnessed in Nyanza, are expected to endear the region to the BBI initiative and neutralise Deputy President William Ruto’s inroads in the President’s turf.

The DP has cautioned against not involving all Kenyans in the initiative and warned that “reggae could as well be stopped once again.”

The Head of State is expected to use the BBI drive to stump his authority in the restive region, where the DP is also keen to win to his side ahead of the 2022 elections.

Kandara MP Alice Wahome, an ally of Dr Ruto, said the people will decide on whether to support the report or not, and hence they must not be coerced on what decision to make including in the 2022 elections.

Share thisFacebookTwitterPinterestEmailWhatsAppPresident Uhuru Kenyatta and former Prime Minister Raila Odinga in Kisumu on October 22, 2020. BBI launch Uhuru’s birthday gift What you need to know: Senate Majority Chief Whip Irungu Kang’ata pointed out that the BBI rallies will be held in each and every county after its launch. President Kenyatta had ordered for the