After Immigrants Arrested in Baltimore, People Are Fearful 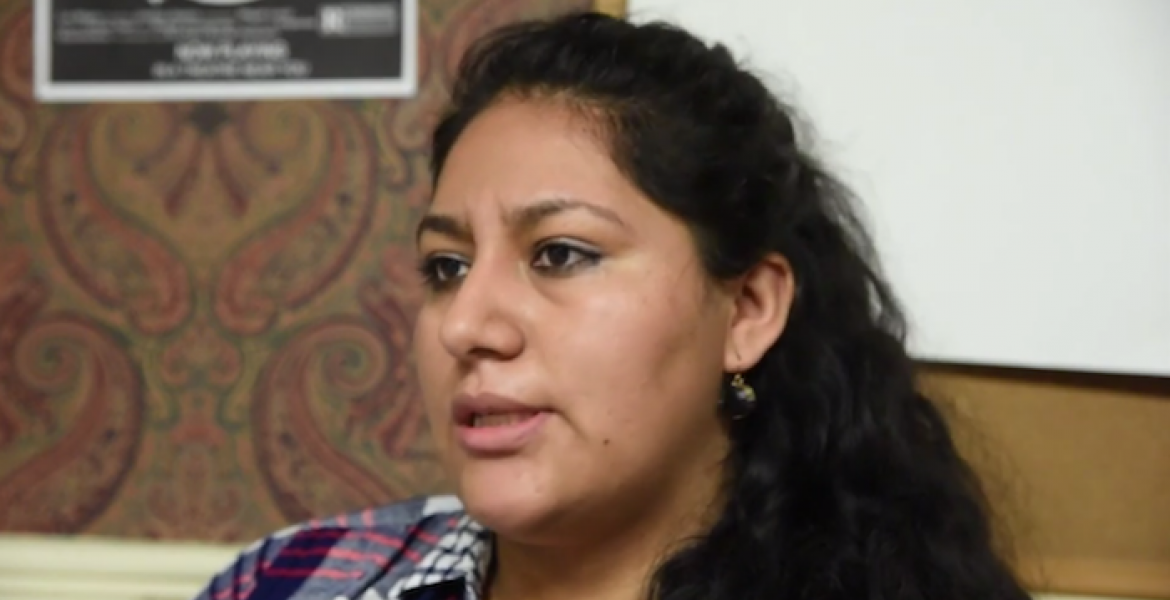 After Immigrants Arrested in Baltimore, People Are Fearful

One day, Segundo Paucar was a pillar of Highlandtown’s tight-knit, Ecuadorian-American community: a 31-year-old married father of two who employed eight people in a small business that rehabbed about 50 properties in the city each year.

The next day, he was gone, picked up by federal agents on charges related to his allegedly entering the country illegally when he was 15.

His sudden disappearance from his family and community — he now sits locked up in the Frederick County Detention Center — has sent shock waves through East Baltimore. Activists and local officials say a sense of fear has swept the immigrant community amid the Trump administration’s orders to enforce federal immigration laws more aggressively.

Paucar’s brother, who asked not to be identified out of fear of Immigration and Customs Enforcement officials, said the whole family is worried, particularly the children.

“They’ve been asking ‘Where is dad? When is dad going to come back?’ We’ve been trying to help him. There’s a fear and mistrust about what is happening.”

U.S. Immigration and Customs Enforcement agents arrested Paucar and popular local barber Serbando Fernando Rodriguez in Baltimore last month. They accused Paucar of being an “immigration fugitive with a final order of removal” issued more than a decade ago and Rodriguez of “illegally re-entering the United States after a previous deportation.”

Last week, ICE officials arrested an El Salvadorian man outside the North Avenue District Courthouse after he had been cleared of a misdemeanor charge. ICE officials, who did not identify the man, said he was charged with being an “immigration fugitive with a final order of removal issued by an immigration judge.”

The recent arrests have had a noticeable community impact, leaders say. Attendance dropped at some Highlandtown-area schools the day after Paucar and Rodriguez were arrested. Some businesses are seeing fewer customers. Health workers say fewer immigrants are seeking medical services and picking up medications.

And there’s a rush of immigrants trying to obtain passports for their children out of fear their families will be torn apart if the parents are deported.

Valerie Twanmoh, director of Catholic Charities’ Esperanza Center, said that during the Obama administration her organization used to get “one or two” requests a week for passports for children. The group recently received 37 requests in a single day.

“They’re worried if they get picked up they wouldn’t be able to take their American-born children with them,” Twanmoh said.

Dr. Sarah Polk, co-director of Centro SOL, a health center for Latinos run by Johns Hopkins, said an 11-year-old visited her center this week contemplating suicide because of “how frightening it is to see ICE in the neighborhood.”

She said case managers at the center have been “overwhelmed” by requests from immigrant parents for “notarized letters” attesting to their guardianship of their children.

“We have significant concerns about child and parent mental health given the tremendous stress they are under,” said Polk, an assistant professor at the Johns Hopkins University School of Medicine. “I have tremendous concerns about family financial stability.”

She said the Obama administration directed ICE officers not to enforce older deportation orders, such as the one that applies to Paucar. If people oppose current immigration law, she said, they should tell Congress to rewrite it.

“Immigration enforcement has been neglected for far too long,” she said. “It’s not fair to the millions of people who are being sponsored through our legal immigration system. It’s past time our immigration agencies were empowered to enforce the laws that Congress wrote.”

“Nobody expects that illegal immigration can be completely ended,” she said. “I do expect that we will see a drop in the number of people who try to come here illegally. People who are living here now are going to be evaluating their situation and deciding if it’s still worth it to stay here.

“The goal is to get people to comply with the law on their own.”

Some see selective outrage. Gary M. Collins, who volunteered for President Donald Trump during the campaign, said he didn’t see the same level of opposition when the Obama administration was deporting hundreds of thousands of undocumented immigrants.

“The president is enforcing the laws that are on the books,” the Baltimore man said. “He’s not saying don’t come here. He’s saying come here legally.”

“What kind of country do we live in where people are afraid to talk to the police and parents are afraid to send their children to school?” he asked

As immigrants stay indoors, nearby businesses are feeling financial pain.

Evaristo Guzman Martinez, a supervisor and co-owner with his father of Cinco de Mayo, a grocer that serves the Latino community in Highlandtown, has seen a noticeable drop in business at the store. Sales have dropped by 8 percent to 10 percent, he said.

“A lot of clients send young kids — most were born here so they are legal — in taxis or walking to get their groceries,” he said.

At David Rosario’s State Farm office on Eastern Avenue in Canton, fewer people are coming in. He wants his customers to come back, but said he understands the fear that’s keeping them away. “I was born and raised in the United States, but I find myself collecting all my documents,” Rosario said.

He’s also worried about his six employees, four of whom are recipients of the Deferred Action for Childhood Arrivals, or DACA, program, which gives work permits to undocumented immigrants who came to the country as minors.

In the short-term, Trump’s call to expedite deportation could severely impact restaurants, construction contractors and other businesses that rely on immigrants to fill low-skill jobs, analysts say.

Undocumented immigrants accounted for about 5.9 percent of Maryland’s workforce in 2010, according to a state report, and the loss of these workers could put businesses that struggle to find Americans willing to do the jobs in a bind.

Meanwhile, analysts say immigrants who come to the United States to study at universities and who often stay for high-skill jobs in technology, engineering and medicine could be dissuaded by the uncertainty and feeling of being unwelcome, creating a workforce pipeline problem for some of the country’s fastest-growing business sectors.

Trump signed an executive order authorizing the hiring of 10,000 more immigration enforcement agents and broadening the categories of immigrants to be detained and deported.

Obama was criticized by immigration advocates as the “Deporter in Chief” after the government removed nearly 410,000 people in 2012. But in 2014, Obama directed agents to focus on “felons, not families; criminals, not children; gang members, not a mom whose working hard to provide for her kids.”

In his final year in his office, the government deported 240,000. Nearly all who were not caught near the border had criminal records.

Trump spokesman Sean Spicer has said there would be no “mass deportation” in America. Rather, he said, Trump has returned the discretion to enforce immigration laws to individual ICE officers.

Trump’s executive orders have left DACA in place. , But much of the fear within immigrant communities stems from the unknown.

“He could get up at three in the morning on Twitter and say ‘DACA is done,'” said Jesus Eusebio Perez, 24.

Perez was five years old when he came to the United States with an older cousin with plans to reunite with his mother in Maryland.

After graduating from high school and obtaining DACA status, he was able to get a job as a program research assistant at the Johns Hopkins School of Medicine, where he’s been working for the past three years. He said he has not experienced the discrimination others have described, but still feels nervous sometimes.

“There are times I go out and I pray to God and say ‘Please let me get home,'” Perez said.

After Immigrants Arrested in Baltimore, People Are Fearful Reviewed by samrack on March 8, 2017 .