After 16 years of near misses, can Kenya finally qualify for contigency loan? 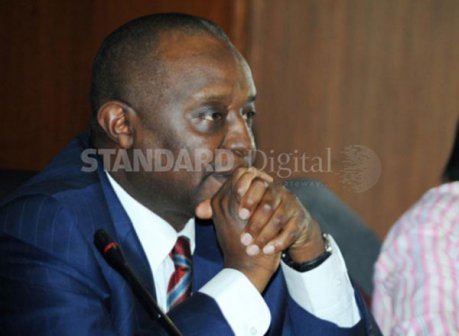 After 16 years of near misses, can Kenya finally qualify for contigency loan?

It has been nearly two decades since Kenya began to craft a disaster management policy. Yet, despite the country being vulnerable to numerous disasters, a draft document produced in 2000 is doing little else but gathering dust. And as the country dithers, neighbours Uganda, Rwanda and Ethiopia have benefited from the Kenyan draft to develop, pass and operationalise their own policies. Gaps in the country’s handling of disasters have played out publicly on several occasions, including during the four-day siege at Nairobi’s Westgate Mall in 2013 that drew global attention. The Government now says it is ready to once more attempt to deliver a national disaster management policy that will co-ordinate interventions. READ MORE Are you unwell? You are at risk of getting bad medicines Reprieve for farmers as Uhuru cancels Sh2.4b debts Kenya racks up Sh628b public debt in a year to hit Sh3.5tr mark “It has taken us a while, but even in absence of a policy, we still have some mechanisms of responding to disaster. But we are really trying to push for that Bill to be passed through the Government,” said Nathan Kigotho, the director of the National Disaster Operations Centre, which falls under the Ministry of Interior and Co-ordination. Twists and turns The ministry and Parliament are working to push through the legislation, with Isiolo County Women Representative Tiyah Ali Galgalo sponsoring a Bill that will see Kenya edge closer to getting the policy ratified. With the effort coming from two fronts, Col Kigotho is hopeful that at least one arm will be successful and bring to an end 16 years of twists and turns. “The idea is to try and get a policy approved because when you have it in place, it will open areas of assistance from development partners, including the World Bank,” he added. Kenya came up with the first policy draft in 2000 following the devastating effects of El Niño rains and the bombing of the US Embassy in Nairobi in 1997 and 1998, respectively. But since then, the draft has run into one hurdle after another, including a 2002 change in political regime and the 2010 Constitution that required that the draft be revised to take into account new ministries and devolution. In 2009, Oxfam GB, a UK-based aid and development charity, funded countrywide consultations in a bid to improve the draft. It recommended the formation of a single agency, the National Disaster Management Authority, to co-ordinate risk management. But this injection of financing did not improve the pace of consultations much. Further, different agencies were set up to address disasters, including the National Disaster Operation Centre, National Disaster Management Unit and National Drought Management Unit. Good initiatives According to Erick Dickson, a senior urban development and disaster risk management specialist for Africa at the World Bank, Kenya has good initiatives towards risk mapping and engagement with communities, but its efforts lack direction.

There is a lot of enthusiasm, dedication and professionalism, but it is ad hoc. Various organisations are doing different things, but I do not see a thread that ties all these together,” he told Business Beat. Like any other country, Kenya is at risk of terrorism, and its being on an offensive mission in Somalia makes the threat even more present. It is also at risk of natural disasters, including floods and drought. Two months ago, Kenya joined the rest of the world in marking the International Day for Disaster Reduction. Celebrated every year on October 13, the 27 year-old event was started by the United Nations General Assembly to promote a global culture of risk awareness and disaster reduction. This includes disaster prevention, mitigation and preparedness. To achieve this, Mr Dickson, who was in the country to attend the fourth National Symposium for Disaster Reduction in Nanyuki, said Kenya needs a strategic vision to tackle disasters in a way that will not impact the economy heavily. But for as long as the policy is still in the draft stage, the country cannot access several dividends, including access to a World Bank loan that could be made available within 24 hours. READ MORE Are you unwell? You are at risk of getting bad medicines Reprieve for farmers as Uhuru cancels Sh2.4b debts Kenya racks up Sh628b public debt in a year to hit Sh3.5tr mark The facility, called the disaster risk management development policy loan with a Catastrophe Deferred Drawdown Option (CAT-DDO), serves to secure a country’s budget balance and offer immediate help. The CAT-DDO is subject to a one-time, front-end fee of 0.5 per cent. “When a disaster strikes, a country may re-allocate funds from existing projects to respond. This kills the progress of development projects since the disaster ultimately diverts developmental funds from their intended purpose,” said Dickson. Countries can access up to Sh50 billion ($500 million) or 0.25 percent of their Gross Domestic Product (GDP), whichever is lower. Kenya’s GDP of about $63.4 billion (Sh6.4 trillion). Dickson cautions that even countries that have reserve accounts for disasters can sometimes be caught unprepared because of the constant pressure from the political class to spend ‘idle’ money. The loan comes with a revolving feature. This allows a country to borrow within its limit up to four times in a 15-year period, with any amount borrowed and repaid in this time available for subsequent withdrawals at a 0.25 per cent fee. However, without a disaster management policy, Kenya remains exposed to the risk of suffering a setback in project implementation should a major disaster hit. Crop failure For example, the 1999-2001 drought, considered one of the worst droughts in the country in recent history, affected 4.5 million people and killed close to 70 per cent of the livestock in arid and semi-arid areas. The economy had to forego billions of shillings in earnings as crop failure in most parts of the Rift Valley, Coast, Eastern and Central regions resulted in substantial agricultural and industrial losses. It is estimated that it cost $340 million (Sh34.4 billion at current exchange rates) to respond. However, a study titled The Cost of Delayed Response, carried out by disaster management experts in 2002, estimated that $171million (Sh17.3 billion) would have been sufficient had there been an effective disaster management system in place. “The extra amount was a cost to the national economy attributed to poor preparedness and a delayed response to this drought episode,” the Government observed in its 2009 policy draft.

Last year, fears of El Niño forced the Government to set aside Sh15 billion for disaster management. On average, if a country is hit by a disaster and makes a global call for aid, it could take up to five months to mobilise resources. “With the World Bank loan, once your request has been received and approved, we aim for a 24-hour period between the time it is approved and the time it is in the national treasury’s accounts,” Dickson said. The contingent loan essentially serves as bridge financing while funds from other sources, such as concessional funding, bilateral aid or reconstruction loans, are being mobilised. But accessing the funds calls for establishment of a single national disaster management authority as a body that co-ordinates institutions handling disaster. In Kenya, such structures are supposed to run from national to county and sub-county levels.

Are you unwell? You are at risk of getting bad medicines Reprieve for farmers as Uhuru cancels Sh2.4b debts Kenya racks up Sh628b public debt in a year to hit Sh3.5tr mark According to Kigotho, priorities in Government and changes in the law have contributed to the slow pace of progress. “There are matters to do with Government priorities when it comes to the passing of bills. For example in 2012, when the final draft was ready, there were so many other pressing bills that were election related and took precedence,” he said. Clear structures According to Francis Muraya, a World Bank Africa disaster risk management specialist, a legal framework will help give a clear picture on who responds where, when and with what. “If there is a structure, then everyone would not be getting to the scene of a disaster at the same time to crowd the situation and delay recovery and rescue,” said US-based Muraya. He added that since disasters affect multiple sectors, responses require a co-ordinated approach to be successful. Among other requirements for the World Bank loan, the Government will need to set aside contingency funds as reserves to respond to disasters. This will be supported by clear response structures. This may also require the Government to consider taking credit with the World Bank as risk insurance on large cities like Nairobi, which houses most of the key drivers of economy. The draft policy document is technically complete. However, like any other law, it requires approval to become legal. This means passing it through Cabinet, Parliament and the Office of the President for ratification. “The mood is there to push it before Parliament is dissolved. All interested parties would like this document approved before most politicians go into campaign mode,” said Muraya. palushula@standardmedia.co.ke
Read more at: https://www.standardmedia.co.ke/

After 16 years of near misses, can Kenya finally qualify for contigency loan? Reviewed by samrack on December 6, 2016 .

Share thisFacebookTwitterPinterestEmailWhatsAppAfter 16 years of near misses, can Kenya finally qualify for contigency loan?  It has been nearly two decades since Kenya began to craft a disaster management policy. Yet, despite the country being vulnerable to numerous disasters, a draft document produced in 2000 is doing little else but gathering dust. And as the country