A powerful video about Kenya and technology – by WorldRemit

Remittances at the Click of a Smartphone Button (https://www.worldremit.com)

When Stellah Vardling was getting ready recently for her birthday party, she did what many 22-year-olds would have done. She asked her family for money to help pay for the party.

Yet Ms. Vardling, who lives in Kampala, Uganda, did not turn to her local relatives for help. Instead, she texted her sister in Sweden, who quickly sent money directly to her smartphone.

“All it takes is a few minutes,” said Ms. Vardling, who receives a couple of remittances each month on her mobile phone from her extended family in Sweden to pay for food, clothes and other basic necessities. “By the time I ask for the money, there’s always something urgent that needs to be bought.”

Ms. Vardling’s experiences are part of a growing shift in how people send money to each other around the world. While the likes of Western Union have offered international money transfers for decades, new tech start-ups and traditional telecom operators are taking advantage of the rapid rise of smartphones in many emerging economies to reduce the barriers — and costs — of sending cash overseas.

Analysts say the changes are shaking up the global remittance market, which will be valued at almost $600 billion this year, according to the World Bank. New technology, for example, has helped cut the price of sending traditional remittances in half, to an average of $4 for sending $100, according to the GSMA, a telecom trade body.

Sending money can take just a few minutes. Individuals log into the companies’ online services either through a computer or — increasingly — a smartphone. They enter the recipients’ details and their own bank details, and submit the request.

Transactions typically take less than a few hours, compared with several days for traditional remittance companies. Recipients receive a text message when the money is available for pickup or has been credited to their mobile money account. Because the operations are automated and don’t rely on outdated systems, operators can offer international remittances at cheaper rates.

To send the money, people only need to type in another person’s cellphone number into their phone’s mobile money service, enter a password and confirm the transaction.

These sort of mobile payments have not caught on in many Western countries. But mobile money is now a fixture across large parts of the developing world. With limited access to traditional bank accounts, people have often turned to services like M-Pesa — a mobile money offering from Vodafone, the European telecom giant — as the de facto method to pay for goods and send money to friends and family. 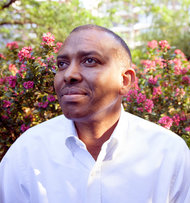 Mr. Ahmed, a former remittance expert at the United Nations, started WorldRemit, a London-based financial start-up in 2010. The company allows people to send remittances digitally from more than 50 countries and receive money in over 115 countries. Mr. Ahmed has secured more than $140 million in funding for WorldRemit, including from backers like Technology Crossover Ventures, an early investor in Facebook and Spotify, for a valuation of about $500 million.

“We want people to send money like they send text messages,” said Mr. Ahmed, whose 160-person team works out of West London. “From the beginning, I wanted to make sending and receiving money as digital as possible.”

While these new money transfers raise some regulatory questions, most online transfer companies require individuals to send money from bank accounts that are already highly regulated. Cellphone operators also collect large amounts of data on their users who rely on these services. And as all transactions are processed digitally, there is an audit trail detailing exactly where — and to whom — the money is sent.

When the start-up first began offering its services, recipients had to pick up the cash. Now, those transactions represent just a third of the remittances on WorldRemit’s platform. In many countries like Zimbabwe and the Philippines, roughly three-quarters of individuals now receive remittances as mobile money directly on their phones.

“At the end of last year, 20 percent of all global mobile money transfers came through WorldRemit,” said Mr. Ahmed. “It’s our fastest-growing area.”

In response, telecom operators, many of which pioneered mobile money services across the developing world, are introducing their own international remittance programs.

In East Africa, the local carrier MTN and Vodafone recently agreed to allow their customers to transfer money through cellphones to individuals on each others’ networks across the region. Orange, the French telecom giant, also offers international mobile money transfers across several West African countries, and plans to extend the service to France — home to a large diaspora of immigrants — by early next year.

A version of this article appears in print on 06/08/2015, on page B7 of the NewYork edition with the headline: Mobile Money Transfers Shake Up a Global Market.

Tags: A powerful video about Kenya and technology - by WorldRemita telecom trade bodyEast AfricaGSMAhttps://www.worldremit.cominternational remittance programsRemittances at the Click of a Smartphone Buttonthe local carrier MTN and VodafoneWorldRemit
Previous Post