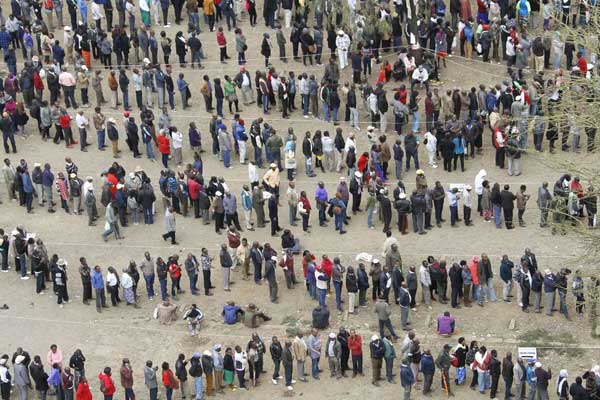 Last night’s rejection of the results updated on the portal of the Independent Electoral and Boundaries Commission (IEBC) has once again brought up the naming of the forms used in the collation of presidential election results.

The forms mentioned in the press conferences by the IEBC National Super Alliance (Nasa) presidential candidate Raila Odinga were: Forms 34A and 34B.

In disputing the results displayed by the IEBC on its website and used by the media, Mr Odinga said all the forms 34A and 34B must be provided. IEBC said the presidential candidates’ agents would be given special access to Form 34A.

What are these forms?

Under the Election Regulations, Form 34A is the first form used to tabulate results of the presidential election. It is filled by the Presiding Officer after the counting of votes at the polling station. It contains details of the votes garnered by each candidate and then details the total number of registered voters in that station, the rejected votes, the objected ones, the disputed and the valid ones. The candidate or their agents are then required to sign and ratify that the contents of that form are correct.

Section 39 of the Elections Act provides that for a presidential election, the IEBC “shall electronically transmit, in the prescribed form, the tabulated results of an election for the President from a polling station to the constituency tallying centre and to the national tallying centre.”

Form 34A is handed over to the Constituency Returning Officer, who then fills Form 34B. It is used for the collation of the presidential election results. On it is indicated: the polling station code, the name of the station, the number of registered voters, what each candidate garnered  and the number of valid votes cast.

At the IEBC’s last press conference at 1am Wednesday morning, vice chairman Consolata Maina said the form would be the final determinant of the presidential race.

She said the Presiding Officers were transmitting the scanned results from Form 34A from polling stations.

Share thisFacebookTwitterPinterestEmailWhatsAppWhat are Forms 34A and 34B? Last night’s rejection of the results updated on the portal of the Independent Electoral and Boundaries Commission (IEBC) has once again brought up the naming of the forms used in the collation of presidential election results. The forms mentioned in the press conferences by the IEBC National Super