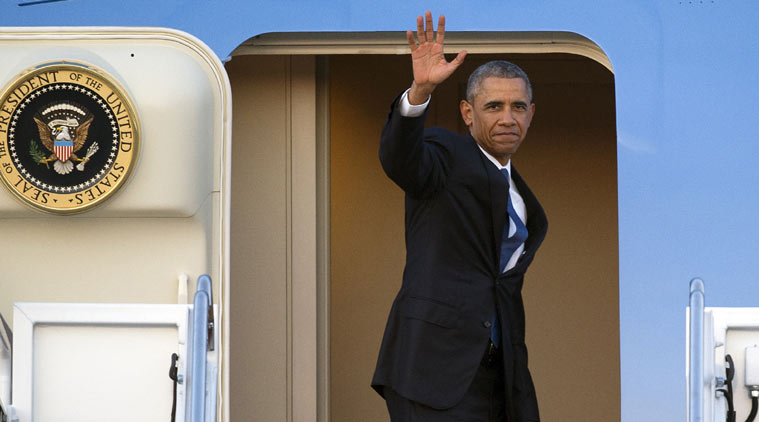 A huge number of dignitaries who had accompanied President Uhuru Kenyatta were barred by US security agents from accessing the secure area at JKIA where US President Barack Obama was boarding Air Force One during his departure on Sunday evening.

As President Uhuru Kenyatta proceeded to Terminal Two, he had a huge crowd of VIPs behind him, prompting Secret Service agents to swing into action. A Secret Service officer could be seen arguing with the VIPs before allowing a handful of them to access the heavily guarded area.

The VIP who did not get a chance to see the US president off included Nairobi Governor Evans Kidero, who was among local leaders who welcomed Obama on Friday night.

Among those who had the rare chance to bid Obama bye were Deputy President William Ruto, Machakos Governor Alfred Mutua, Foreign Affairs CS Amina Abdalla, Deputy Senate Speaker Kembi Gitura and a couple of other officials. Eager dancers Many Kenyans had lined up along Uhuru Highway to catch a glimpse of Obama’s motorcade as it made its way to the airport only to learn later that he had flown to the airport aboard Marine One, one of his choppers.

And while many dance groups had prepared to put their best leg forward to welcome Obama to Kenya on Friday, they never performed because the international arrivals section of the airport was restricted. But on Sunday, the teams managed to access the area where Air Force One had been ‘parked’ for the night and got down to some action. Some of the Secret Service personnel at the airport seized the opportunity to take photographs.

“At least today we have been able to experience the real Kenya,” one of them was heard saying as he nodded his head to the beats of the African drums.

During his departure, President Obama also waved to the dancers after disembarking from Marine One, with his signature broad smile lighting up his face. The scintillating drumbeats were drowned by the deafening roars of the big Air Force One Engines as it prepared to taxi down the runaway to ship Obama to Addis Ababa.