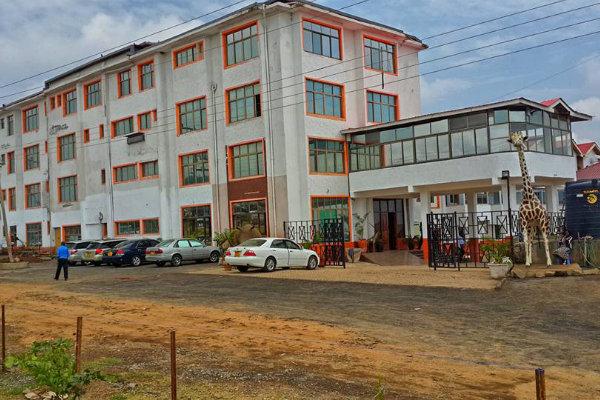 New details indicating pastor James Ng’ang’a was in Naivasha a day before a fatal car crash have emerged, raising questions about a police report.

Reverend James Maina, a known associate of Ng’ang’a’s, dismissed an initial report by NTV, that said witnesses claimed Ng’ang’a was driving the vehicle.

He termed the report attempts to cast men of God in bad light but said Ng’ang’a’s driver was the one who caused the accident.

“Even if it was Apostle’s driver who caused an accident, why then cook all the lies and broadcast the non Issue report,” he wrote on his Facebook page on Tuesday.

In a more incriminating post, Maina said he was in Naivasha with Ng’ang’a and other members of Neno Evangelical Church Ministries, which the controversial pastor heads.

“Apostle Dr James Ng’ang’a. Director and CEO of Sunny Hill Hotel, Naivasha. Set up as an example to all churches to have such a long term vision ….putting up structures like this (SUNNY HILL HOTEL) (sic),” he wrote.

The hotel is pictured above.

“He called all Neno church Nrb Deacons and other church leaders yesterday 25/7/2015 (sic),” he added in a post accompanied by images of the hotel launch.

Residents of Manguo village in Limuru constituency mill around Dr Ng’ang’a’s car at the scene of the road crash .

Boinett said the vehicle belongs to Valley Road Motors, a car hire and sale company, and had been on a test-drive in Naivasha.

Earlier on Tuesday, he stated through his Twitter account that the vehicle was being driven by Simon Kuria, not Ng’ang’a.

“The Range Rover was on General Dealers (KG) licence with valid insurance and was on test drive when the accident occurred,” he said.

“The Range Rover was inspected and released. The driver will appear in the Limuru Senior Magistrates Court. He’s (out) on Sh20,000 cash bail.”

It was moved from Tigoni Police Station, where it was initially taken, to an unknown garage in Nairobi for repairs.

Ng’ang’a is alleged to have been driving the vehicle, registration KCD 060Q, when it collided with Nissan March registration KBZ 709W.

The driver of the Nissan, Mercy Njeri, 38, died while being transported from Tigoni subcounty Hospital to Kenyatta National Referral Hospital for specialised treatment on Monday.

Njeri’s husband Martin Mbugua is admitted at Tigoni subcounty hospital with injuries including fractures to his legs. 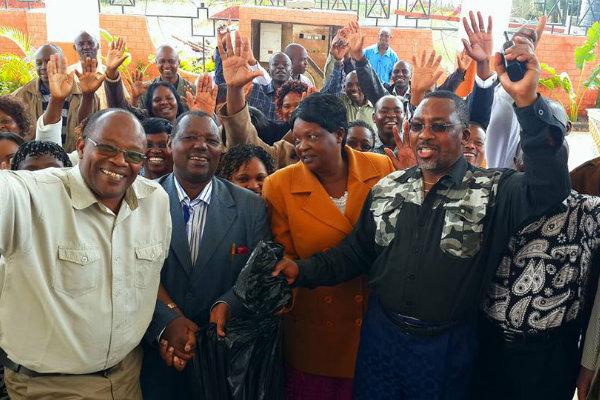 Apostle Bishop James Maina Ng’ang’a (in black shirt with white detail) with members of the Neno Evangelical Church Ministries at the Launch of the Sunny Hill Hotel in Naivasha on July 25, 2015 whose construction was funded by the church. Photo/COURTESY

Witnesses interviewed by the Star said the Range Rover was being driven on the wrong side of Nakuru-Nairobi highway, forcing other vehicles off the road.

They said the driver of the Range Rover, whom they identified as Ng’ang’a, got out of the car and into one behind it, which then sped off.

Mbugua’s father alluded to foul play, saying the two vehicles were neither inspected at the same time, nor by the same official.

“We do not know what is happening and how the investigations are being done. We feel someone is hiding some important information so that we do not get compensated,” Peter Ndung’u said.

“We were shocked to see the Range Rover being carried by a breakdown and to learn that its inspection was done. Their driver was not injured but she is dead and her husband is still at the hospital.”

Share thisFacebookTwitterPinterestEmailWhatsApp New details indicating pastor James Ng’ang’a was in Naivasha a day before a fatal car crash have emerged, raising questions about a police report. Reverend James Maina, a known associate of Ng’ang’a’s, dismissed an initial report by NTV, that said witnesses claimed Ng’ang’a was driving the vehicle. He termed the report attempts to