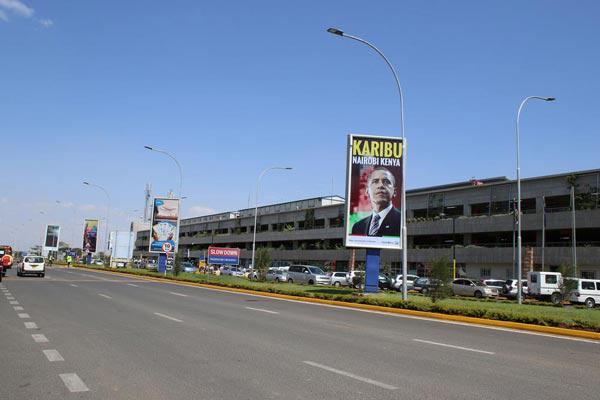 The Opposition will have a meeting with US President Barack Obama when he visits Kenya next weekend, Cord leader Raila Odinga has confirmed.

The parties are expected to discuss corruption, electoral reforms, security and trade in a meeting whose time and venue is yet to be confirmed by the US government protocol officials.

“We have not been given the exact time as to when the meeting will take place but we are in the programme and it is for the US government protocol officials to tell us. It is not our policy to campaign against our government during such meetings; we can solve our problems internally. However, we share common values of democracy and good governance,” Mr Odinga told the Sunday Nation from Dar es Salaam on Saturday.

Cord, in particular Mr Odinga and Mr Musyoka, have in recent weeks criticised President Uhuru Kenyatta’s government over its handling of corruption. But Jubilee leaders have accused the Opposition of seeking the attention of the Americans ahead of President Obama’s visit.

On Saturday, Mr Odinga said that issues of governance, particularly corruption and electoral reforms, would feature in the anticipated talks with the US President during the historic visit which has triggered a lot of excitement among Kenyans.

“During such meetings it is a standard that they will meet the Opposition. However, issues of corruption will be covered under governance and elections, which fall under democracy. They are bound to feature in the talks.  We will brief him on challenges of governance, security and democracy,” said Mr Odinga.

“Issues of trade and how Kenyan goods can access the US market and how America can help Kenya economically will be important. These are issues that will benefit Kenyans directly,” said Mr Odinga.

On Wednesday, Mr Obama told US journalists that his trip to attend the Global Entrepreneurship Summit provides a good opportunity to deliver a message that “the US is a strong partner not just for Kenya but for sub-Saharan Africa generally”.

He said security, expansion of the democratic space and the fight against corruption would feature in his agenda.

And last week, a group of Kenyan and international civil society groups wrote to Mr Obama raising issues on national security, corruption, human rights and threats to the media and civil society.

Cord leaders met US Secretary of State John Kerry when he visited Kenya in May.

During the meeting, they sought Mr Kerry’s assistance to pressure the Jubilee government to agree to electoral reforms before the next 2017 General Election. The Opposition leaders particularly asked the US to help in reforming the Independent Electoral and Boundaries Commission.

During the meeting at Nairobi’s Serena Hotel, the Opposition reportedly told Mr Kerry they would reconsider their participation in the election should the Jubilee government reject calls to reform the IEBC, which they blame for their failure to win the presidency in 2013.

According to Mr Wetang’ula, Mr Kerry agreed in principle with them that full reforms were necessary before the next elections.

“He told us it was up to us, the Opposition, to exert pressure on the government to agree to institute the reforms,” he said.

Meanwhile, residents of K’Ogelo are saddened by Thursday’s announcement that President Obama will not visit the village when he comes to Kenya.

The residents said the announcement by US ambassador to Kenya Robert Godec that Mr Obama had limited time was “sad news”.

Residents who spoke to the Sunday Nation are still hopeful that Obama’s tour to Kenya will bring them goodies, much as he will not visit K’Ogelo in person.

Mr Musa Ogilo, 67, asked the US embassy to slot some hours for Mr Obama to visit the area in order to receive the blessings of Luo elders.

Cynthia Mwende, 17, a Form Two student at Senator Obama Secondary, appealed to the US President to honour a request put in a letter she wrote despite his decision to skip K’Ogelo. Ms Mwende had written a letter requesting him to visit the school named after him and help to upgrade it to international status.

“We (students) are disappointed with the decision not to visit our school, but we know that there is an important reason for that.  We are confident that he will read our letter and fulfil our requests,” said Ms Mwende.

The school’s principal, Mr Elly Odongo, said; “We had high hopes that President Obama would visit K’Ogelo. But protocol must be respected. We still hope and believe that he will visit us soon”.

US President to meet Kenya opposition leaders Reviewed by samrack on July 20, 2015 .