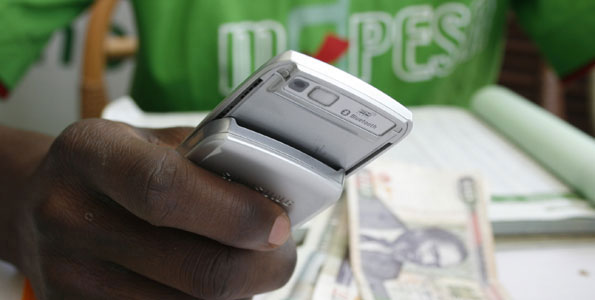 Safaricom’s M-Pesa agent. US warns that M-Pesa platform could be vulnerable to money laundering. PHOTO | FILE

Kenya’s popular mobile-money transfer network can be used by criminals, local and international, to make illicit financial transactions, the US State Department warned on Thursday.

The department’s latest annual report on global money laundering describes Kenya as the financial hub of East Africa and “at the forefront of mobile banking.”

About 159,000 mobile-money agents do business in Kenya, mostly through Safaricom’s M-Pesa system, the report notes.

But the director for corporate affairs at Safaricom, Stephen Chege, said, in response, that M-Pesa is in compliance with “stringent global financial services standards for anti-money laundering.”

“Safaricom is subject to Central Bank oversight. We are a reporting institution under the Proceeds of Crime and Money Laundering (Amendment) Act, 2012 and we file our reports with the Financial Reporting Centre in Kenya,” said Mr Chege.

The US cites difficulties in tracking and investigating suspicious transactions within Kenya’s mobile payment and banking systems.

The report offers the example of criminals being potentially able to use illicit funds to purchase mobile credits at amounts below reporting thresholds.

Safaricom, however, said every customer using M-Pesa is required to register and each transaction into and out of M-Pesa can be tracked and traced via an individual transaction number.

“This provides a comprehensive transaction history, enabling us to alert the authorities to any wrongdoing as soon as it comes to light and provide them with a detailed audit trail,” said Mr Chege.

The 203-page global survey by the State Department’s Bureau for International Narcotics and Law Enforcement Affairs also points in its Kenya section to a “lack of rigorous enforcement in this sector, coupled with inadequate reporting” on the part of entities that go unnamed in the report.

Another weakness, the report adds, is the poor protection of confidentiality in the process of obtaining court orders allowing police to demand bank records or seize accounts.

Investigators are required to present judges with evidence linking deposits to criminal violations.

But because “the confidentiality of this process is not well maintained,” account holders can be tipped off to police activity and thus enabled to move their assets or contest court orders, the report says.

Money laundering in Kenya also takes place through “thriving unregulated networks of hawalas and other unlicensed remittance systems,” the US adds.

These operations “lack transparency and facilitate cash-based, unreported transfers that the government cannot track,” according to the report.

The Kenyan government has made “some progress” in fulfilling commitments it made in 2015 to strengthen its anti-money-laundering regime, the State Department finds.

Officials pledged then to work with international partners to carry out a risk assessment for money laundering and to facilitate Kenya’s full implementation of its rules and regulations.

The government also said it would work toward membership of the Egmont Group, a network comprised of 152 national financial intelligence units. Kenya has not yet met the requirements for joining the group.

Share thisFacebookTwitterPinterestEmailWhatsAppSafaricom’s M-Pesa agent. US warns that M-Pesa platform could be vulnerable to money laundering. PHOTO | FILE  By KEVIN J KELLY US: Kenya’s mobile money system vulnerable to illegal transactions IN SUMMARY US cites difficulties in tracking and investigating suspicious transactions within Kenya’s mobile payment and banking systems. But Safaricom says M-Pesa is in compliance