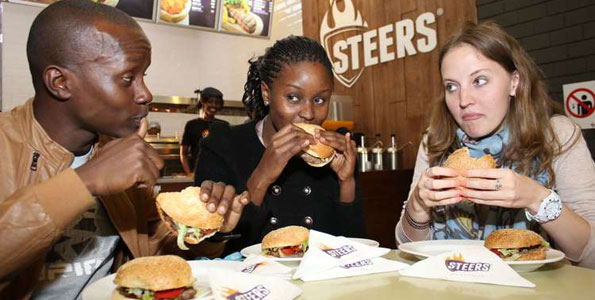 CKE Restaurants Holdings — owner of the Hardee’s brand — said the inaugural outlet set to open in July will be located at JKIA’s Terminal 1A departure lounge.

Hardee’s, known for its charbroiled burgers, currently has 37 restaurants in Egypt and operates a total of 2,100 stores in 39 markets globally.

“We see a very positive business climate for a brand like Hardee’s in Kenya and Africa as a whole,” said CKE Restaurants in an interview with the Business Daily. “Hardee’s will bring a quality product to millions in Africa who want affordable gourmet burgers.”

Burgers are believed to be Kenya’s most popular fast-food after chicken-and-chips. California-based CKE Restaurants Holdings is the Carl’s Jr brand, another burger chain, and acquired Hardee’s in 1997 — creating a conglomerate with 3,664 franchised or company-operated stores across the world.

Hardee’s’ planned entry into Kenya affirms Nairobi’s status as the region’s foodie hub and comes at a time when foreign restaurant chains have been jostling to set up shop in East Africa’s biggest economy.

CKE Restaurants also revealed that it is currently in talks with an investor to open stores in Ethiopia.

CKE Restaurants said it wants to take on international fast food chains as well as local restaurants opening in Kenya.

“To date the African market has been dominated by KFC and local chains,” the burger company said.

The entry signals tough competition for Pizza Hut which has acquired the Kenyan operationsof yet another American brand, Naked Pizza, in what is shaping up to be a head-to-head battle with existing players that sell burgers including Steers, KFC, Big Square, Urban Gourmet Burgers, and Burger Hut, among others.

Naked Pizza this week exited the Kenyan market after its stores were acquired by Pizza Hut. Kenya is Pizza Hut’s fourth market in the continent after South Africa, Zambia and Mauritius and the chain restaurant plans to expand to Uganda, Tanzania, Mozambique, Ghana and Angola.

McDonald’s has already invited investors to put in applications for a Kenya franchise, sending out the strongest signal yet of its plans to open shop in Nairobi.

These global players are turning to emerging markets such as Africa for growth, attracted by growth in households’ disposable incomes, fast economic growth and a young population, according a study by McKinsey & Co.

Fast-food culture and grabbing meals on the go is quickly gaining currency in Kenya, driven by increased exposure, changing lifestyle patterns, and a mounting appetite for exotic foods such.