The world’s greatest running shoe could soon come from Kenya 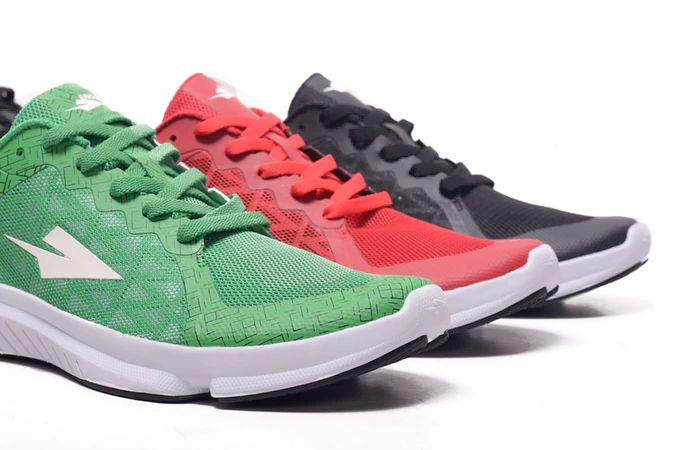 Enda, a new shoe startup in Kenya, is seeking to turn the country’s fame as a running giant into a socially beneficial opportunity. (Photo: Enda

The world’s greatest running shoe could soon come from Kenya

A new Kenyan startup is taking its first public strides towards making the name Enda as recognizable in running circles as Nike, Adidas or Reebok.

For the last 18 months, co-founders Navalayo Osembo-Ombati and Weldon Kennedy of Edna have been developing a running shoe reflective of Kenya’s elite standing in the world of competitive running. More than just an opportunity to craft a better piece of footwear than their much-larger competitors, the business partners see the company as a positive enabler of local economic growth.

“We wanted to channel the energy around running into something that can have much more of an impact on the people of Kenya,” Osembo-Ombati told FastCoExist. “If you think about the magnitude of the industry worldwide, and if you think about how Kenya is used for marketing, this is low-lying fruit.”

The Enda Iten is the first running shoe from the young startup. The company intends to compete in the multibillion dollar athletic shoe industry. (Photo: Enda)

Enda, which means “Go!” in Swahili, officially launched its first Kickstarter earlier this week, seeking $75,000 to help the fledgling company get off the ground and producing shoes. Public reaction has been so positive to the company’s first sleek and light running shoe, the Enda Iten, that the Kickstarter has already met more than half of its goal.

Besides some engineering tweaks (wide toe box, full rubber outsole), the Enda Iten is also notable for its design. Examples include color options that match the colors of the Kenyan flag, the word “Harambee” on the sole which means “all pull together” in Swahili, and a heel design that mimics the look of Kenya’s Great Rift Valley. There are also geometric patterns and repeating triangle motifs reminiscent of traditional Kenyan fabrics and beaded patterns.

Should the brand take off, its rise on the global scene would not only benefit those employed to make the shoes, but also small communities throughout Kenya. The co-founders have pledged to put aside a portion of profits for the sole purpose of funding vitally needed municipal projects. (Everyone who purchases a pair of shoes would be eligible to vote to help decide what ideas become reality first.)

“Through this, we will link Enda runners across the globe to local communities in Kenya, and vice versa, and encourage empathy, creativity and innovation,” the founders explain.

Those interested in supporting Enda can contribute to the Kickstarter above. Rewards include not only a crack at one of the first pairs of Enda Iten running shoes, but also an opportunity to train in Kenya for two weeks with elite Kenyan runners.

You can learn more about the shoes in the video below:

Source:http://www.mnn.com
The world’s greatest running shoe could soon come from Kenya Reviewed by samrack on May 26, 2016 .

Enda, a new shoe startup in Kenya, is seeking to turn the country’s fame as a running giant into a socially beneficial opportunity. (Photo: Enda The world’s greatest running shoe could soon come from Kenya A new Kenyan startup is taking its first public strides towards making the name Enda as recognizable in running circles