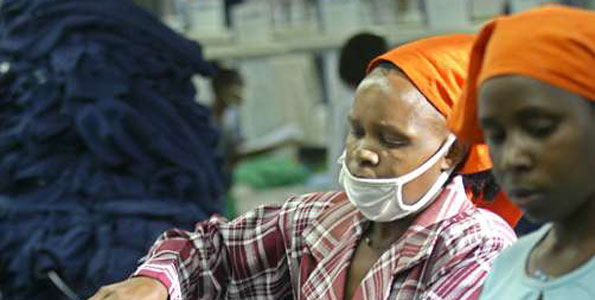 The United States of America has overtaken the Netherlands to become the second-largest market for Kenya’s exports in the eight months to August, turning the spotlight on Nairobi’s policy of looking East.

American consumers bought Sh26.9 billion worth of Kenyan goods in the period to September ahead of Netherland’s Sh25.3 billion, according to the Kenya National Bureau of Statistics (KNBS) data.

Uganda remains the top buyer of Kenya-made goods, but the US has climbed to the second spot from position three last year and position five in 2013.

Washington imports from Kenya include coffee, titanium ores and textiles which accounted for 79 per cent of the country’s total exports to America last year under a duty-free trade pact – the African Growth and Opportunity Act (Agoa).

KenInvest chief executive Moses Ikiara said the best thing that could happen to Kenya is to grow its trade with the world’s largest economy.

“The US is a huge quality market with a high per capita income that puts very high premium on quality standards,” said Mr Ikiara earlier.

The ongoing shift in Kenya’s trade interests comes at a time when Kenya is slowly reversing its low engagement with the West.

President Uhuru Kenyatta’s policy of economic diplomacy in the initial years of hispresidency mirrored that of his predecessor Mwai Kibaki of looking East.

The bulk of Mr Kenyatta’s diplomatic engagements has been in Middle East and Asian countries as well as strengthening Kenya’s economic ties with African states.

Mr Kenyatta has in his first year in office visited China with a high-powered delegation of businessmen as part of efforts to strengthen ties between East Africa’s biggest economy and the Asian giant.

The Chinese government has reciprocated the gesture with the visit to Kenya in May last year of the Chinese premier during which the two countries signed multibillion-shilling economic deals.

But more recently, Kenya has enjoyed closer ties with the US, culminating in President Barack Obama’s visit to Kenya in July – the first by a sitting US President.

“The Obama factor played a role in the growth,” said XN Iraki, an economics lecturer at the University of Nairobi. KNBS data shows that Kenya sold goods worth Sh4.3 billion to the US in July and Sh4.9 billion in August, the first time the monthly exports have crossed the Sh4 billion mark.

Kenya’s imports from the US dropped to Sh60.5 billion in the period to August from Sh106 billion, with the United States coming a distant third after China and India.

China bought Kenya-made goods worth less than Sh3.4 billion tilting trade in favour of Beijing. This is less than 12.5 per cent of what US consumers bought from Kenya.

The Agoa pact allows goods from Kenya and other countries in sub-Saharan Africa to access the US market duty-free.

US Becomes Second Biggest Buyer of Kenyan Products Reviewed by samrack on October 23, 2015 .

US Becomes Second Biggest Buyer of Kenyan Products The United States of America has overtaken the Netherlands to become the second-largest market for Kenya’s exports in the eight months to August, turning the spotlight on Nairobi’s policy of looking East. American consumers bought Sh26.9 billion worth of Kenyan goods in the period to September ahead