Desperation of Diaspora Returnees Who Can’t Find Jobs in Kenya 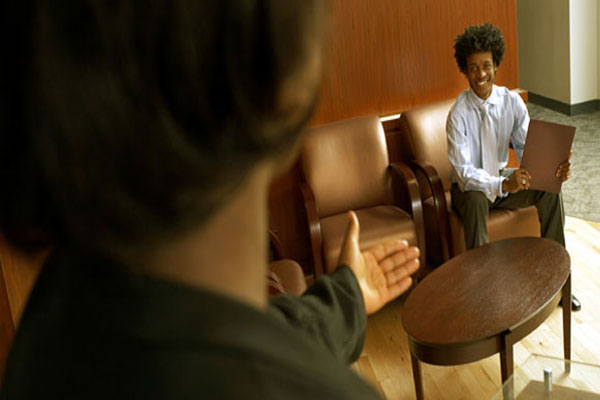 Desperation of Diaspora Returnees Who Can’t Find Jobs in Kenya

When most people leave the country to  study abroad, they usually do so with  the hopes that it would make finding a job once they return much easier.

And so, armed with their certificates — some of them from world’s highly regarded universities — they returnhome, as one of them put it, eager to hit the job market hard.

Only, as Rose Odhiambo Brown who has lived in the UK for the last 15 years will tell you, it is not as easy as having  degree from a world class university or the ideals of repatriating the best skill and knowledge to your home country. Not even a promise by the president that employment is guaranteed for those coming home from the diaspora is enough.

She returned September last year with the conviction that she would find work, like many others who have streaming back, she  pinned her hopes on the promise of Kenya’s unrivalled growth in the region. Odhiambo walked through the doors of Nation Centre last week bearing a list of her comrades, all of them returnees from London who listened to the president’s plea and took action.

According to the returnees, who talked to Jobs on phone, President Uhuru Kenyatta, during a meeting with Kenyans living in the UK in May 2013, gave an aspirational speech in which he spoke to them about reverse brain-drain and asked them to return to Kenya and work here so they could better the country.

“He said we’d be guaranteed jobs as long as we were qualified. We came back but what’s happened? We have been moving from door to door, and still nothing. We can’t even access these politicians who accompanied him in persuading us to comehome.”

Odhiambo was confident her graduate degree in mental health acquired in 2010 was marketable enough in a country sorely in need of mental health professionals.

Now she says she has been to the nursing council where in spite of having copies ofdegree certificates and transcripts she has been told she will be required to present all university transcripts. She has even tried the counties but nothing.

“That ideal we had coming back that we want the best for our country and would like to grow our own, boomeranged on us when we got here and ten months down the road couldn’t find work after months of searching,” the nurse who has been in the hunt for a job for the last one year, says.

A mental health graduate from the Buckinghamshire New University, Odhiambo worked for Ealing Hospital a district general National Health Service hospital in West London, for five years as a psychiatric nurse, before her decision to return home. She earned half a million shillings each month she says.

“And the reasoning was that even though the pay might not be as good as abroad, Kenya needs our skills and when you are close to your family it’s better than more money elsewhere, and that is why we came back.”

Now this lot say they feel there is an existential bias against them by recruiters and bosses who feel threatened by their exposure and skill level.

“We are not sure whether people are intimidated by us or what is happening,” says the nurse who has been to various hospitals and the Ministry of Health in search of a job but to no avail.

“We are stereotyped, I think society already has a formed opinion of us. That because we worked abroad if we have to be assigned work in less disadvantaged communities like Kibra we won’t like it, but I can do anything, this is my country. Anything I can do to make a contribution in making it better, I will do. We have a lot to give to the society but some people have refused to give us the chance to do it,” she added.

At this point she says she is still holding onto her UK PIN. “Should anything not come up soon then I am thinking I’ll need to go back to London for work,” says the mother of two, “because you know with nursing if you don’t practice you lose your skills. I studied for five years only to come back here to suffer.”

“Being out of work over a year most of us are having to rely on friends and family for upkeep,” she says and reveals that she has had her brother pay her rent thrice already and she has now resorted to looking for small tendering jobs from government to keep her going. “Sometimes I go to bed and I cry. I ask God, did I do something wrong by coming back home?” she adds.

In the meantime, she is helping whichever mentally ill people she can find get better and pondering over a decision by the cornered group to go see the President and remind him of the promise he made to them back in London. Except according to her it has been hard accessing State House.

Her message to the people back in the diaspora? “They need to know the truth about these politicians who come and tell people to come back home that there are jobs for them. Instead they should ensure they have attained the job by the time of relocating or come back prepared to join the job search tumult just as everybody else. Many of us, especially those with families are struggling to make ends meet.”

Jack Bwana graduated with a distinction in Master’s of Science in International Logistics in Cambridge—Anglia Ruskin University and thought with such impressive credits it would be a whizz getting a job back home.

But all he has heard since he started looking for work was that he was overqualified for the jobs he has tried for. He says most advertised positions lack transparency at the stage of hiring.

“Advertisement of jobs in Kenya seems to be a mere formality. It seems they have already filled the position prior to the hiring exercise and only advertise because there’s a requirement to do so. People I know are tired of applying for the jobs and have now resorted to doing business or starting their own consultancies,” said the man who is now gone into consultancy.

Isaa Jelimo, a Masters graduate of Coventry University, has ended up helping with the family’s small business after her seven-month-long hunt for the elusive marketing job with a Multinational Corporation she was hoping to nail once back.

Esther Mwende Masika who went to the same university to study for a Masters in Strategic Marketing has had to go back to ground zero working as an intern after applying and learning that most of the jobs were just fraudulent job advertisements.

“It’s a bit scary. I had wanted to further my studies to an even higher level but I am wondering if I’d done that then what would have happened?” she marvels.

Peris Muriithi has an MBA from Conventry University too, and has been looking for marketing, economics and trade kind of jobs, but she says wherever she has been if she is not knocked off the list because she is over qualified, then she suspects it is because organizations are afraid of the amounts of money she might ask insalary.

The returnees agree on one thing. That the recruiters in the country need to be more courteous to job seekers by sending feedback upon disqualification for a position, so they understand why they are not getting through. Apparently it is discouraging and frustrating when they do not hear back from the organisations they have applied to.

Desperation of Diaspora Returnees Who Can’t Find Jobs in Kenya Reviewed by samrack on October 23, 2015 .

Desperation of Diaspora Returnees Who Can’t Find Jobs in Kenya When most people leave the country to  study abroad, they usually do so with  the hopes that it would make finding a job once they return much easier. And so, armed with their certificates — some of them from world’s highly regarded universities — they