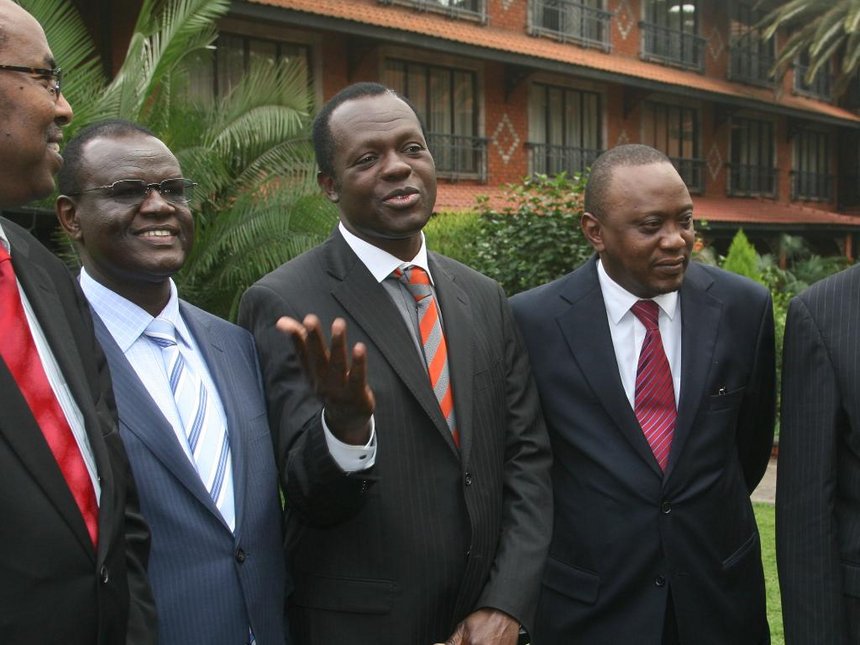 President Uhuru Kenyatta was forced to intervene following chaotic Jubilee Party primaries that kicked off on Friday in different counties.

Reports indicate that secretary general Raphael Tuju and other officials were summoned to explain the incidents.

Tuju told journalists he cannot disclose details of the meeting.

“Ideally I am in no position to disclose what I discussed with Uhuru and DP William Ruto,” he said at the party headquarters on Friday.

After meeting Uhuru, the secretary general cancelled nominations in 11 counties after confusion and delays.

“The new voting dates will be announced as soon as possible and we apologise to all our party members for all inconveniences. I take responsibility for the failure,” he said.

Some constituencies in Kiambu, Meru, Laikipia and West Pokot have also been affected.

Earlier, police were forced to fire in the air to disperse angry youths burning ballot papers at the Bungoma Primary School polling station in Nanyuki.

The angry voters engaged police in running battles as they complained that some aspirants names were missing from the ballot papers.

Voters at the Kanyoni nursery school also burnt the ballots saying the Jubilee party should be well organised.

More on this: Shots fired at youth burning ballot papers in Nanyuki

The nominations failed to kick off on time in many polling stations but Tuju insisted that the primaries will proceed regardless of the complaints.

On Thursday, Uhuru warned against violence in the Jubilee Party primaries and ordered police to deal firmly with culprits.

He said the party will not entertain such chaos and that “any acts of violence will lead to disqualification”.