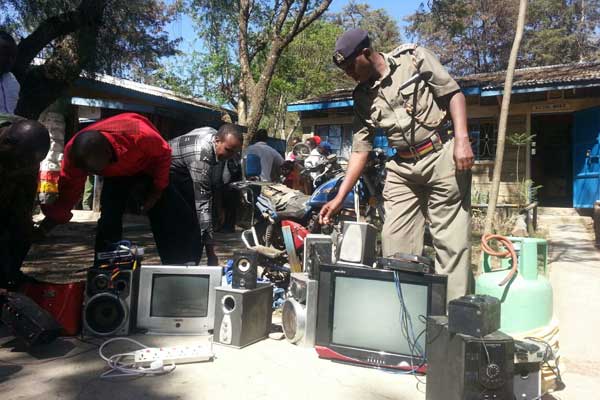 Kiambu County is Kenya’s crime capital going by the cases reported to police.

The figures are contained in a government survey on serious crimes like murder, robbery with violence and sexual offences.

Murder in Kenya is on the increase, according to the survey. Some 2,751 homicides were reported in 2016.

The report puts murder and suicide under one category – homicide.

According to the survey only a handful of murder cases made it to the courts suggesting many are either being investigated or have gone cold.

At the High Court in Nairobi, 184 murders cases were registered.

In Eldoret, the county that came second in registered murder cases, the courts are trying 92 cases of murder.

The findings, contained in economic survey 2017, also show the number of convictions for murder is low, suggesting the cases either drag in court or no convictions.

In Nairobi, the High Court had only 11 convictions, one in Mombasa, 13 in Eldoret and 35 in Meru.

In Total 940 murder cases were registered in high courts across the country while there were 207 convictions.

The survey further shows that Kenyans are reporting more crimes to police.

“The number of crimes reported to the police increased by 6.2 per cent from 72,490 in 2015 to 76,986 in 2016. The main categories were offences against person and stealing which rose by 1,121 and 833 crimes in 2016. However, declines in the number of reported crimes were mainly recorded in robbery and stock theft during the review,” the survey also says.

On the other hand Bungoma, Trans Nzoia and Kisumu counties recorded declined numbers of crime reported.

Regarding the war against corruption it says that Ethics and Anti-Corruption Commission traced and recovered stolen public assets.

Share thisFacebookTwitterPinterestEmailWhatsAppNarok police boss Paul Kiogora displays some of the items recovered from four robbers who were lynched on January 4, 2017. PHOTO | GEORGE SAYAGIE | NATION MEDIA GROUP  Kiambu ranked the country’s crime capital Kiambu County is Kenya’s crime capital going by the cases reported to police. Of the 76,986 cases reported to