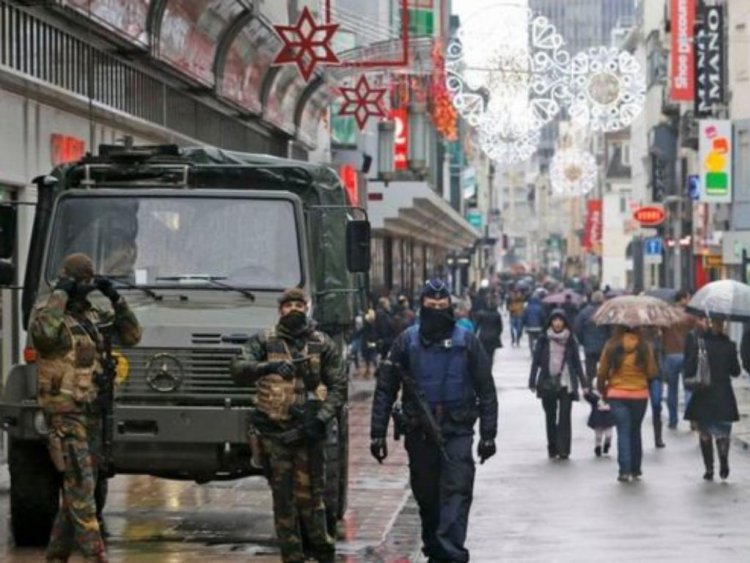 Military and police on the streets of Brussels.Photo/Courtesy

President Uhuru Kenyatta has condemned the attack on Brussels airport and a rush-hour metro train in the Belgian capital on Tuesday which killed at least 30 people.

In a statement on Tuesday evening, Uhuru termed the attack as an ‘attack on democracy, the open society and the values that Kenya holds dear.

“Kenya mourns with the people and government of Belgium following the heinous terrorist attacks today. We also stand in solidarity with the European Union, noting that its major institutions are hosted in Brussels,” he said.

Uhuru further called on nations to stand with Brussels and help fight the common cause to protect democracy and human liberty from its extremist enemies.

This comes after an  Islamic State claimed responsibility for attacks .

The Amaq agency said suicide bombers from the group, strapped into explosive belts, had staged both attacks. Belgian media said police were hunting one attacker who had survived.

The attacks appeared to be linked to the arrest of French citizen Salah Abdeslam – the prime surviving suspect for the Paris attacks on a stadium, cafes and a concert hall – who was captured by Belgian police after a shootout on Friday.

Belgium’s Interior Minister, Jan Jambon, said on Monday the country was on high alert for a revenge attack.

It was not clear what failings if any allowed the plan for Tuesday’s operation to go ahead and whether the double attack was planned in advance or put together at short notice.

Military and police on the streets of Brussels.Photo/Courtesy Uhuru condemns Brussels attack, calls on world leaders to fight terror jointly President Uhuru Kenyatta has condemned the attack on Brussels airport and a rush-hour metro train in the Belgian capital on Tuesday which killed at least 30 people. In a statement on Tuesday evening, Uhuru termed