Kenya set to torch over 120 tonnes of ivory 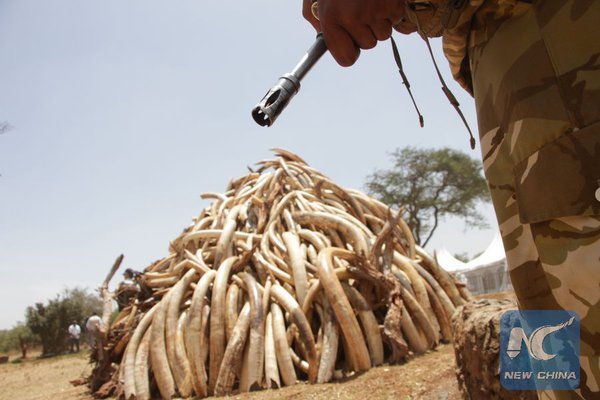 Kenya set to torch over 120 tonnes of ivory

NAIROBI, March 22 (Xinhua) — Kenya will torch over 120 tonnes of ivory seized by government agencies from poaching groups to step up the fight against poaching.

“The fact that this summit will be the single, biggest summit of its kind in Africa’s history is an encouraging sign that there is sufficient political goodwill on the continent to enable our collective conservation efforts to succeed,” Esipisu said in Nairobi.

Kenyatta will host the Giants Club Summit which brings together several African Heads of State, corporate leaders, philanthropists and conservation experts to work towards a lasting solution to the poaching of elephants and illegal-wildlife trade.

“Both Kenya and Africa rely, in part, on our natural resources, including our wildlife, for the economic growth and development, which is a pre-requisite for peace, security and stability,” the presidential spokesman said.

Esipisu added the killing of animals affects not only the ecosystems and environment but also the tourism sector.

As a result, it is incumbent upon Kenya to lead the regional and global conservation efforts, the spokesman said.

The main objective of the Giants Club which is founded in 2015 is to support the implementation of the African Elephant Action Plan (AEAP) by enhancing political, financial and technical capacities.