TRUMP HAS TAUGHT FATHERS ONE IMPORTANT LESSON – BELIEVE IN YOUR DAUGHTERS 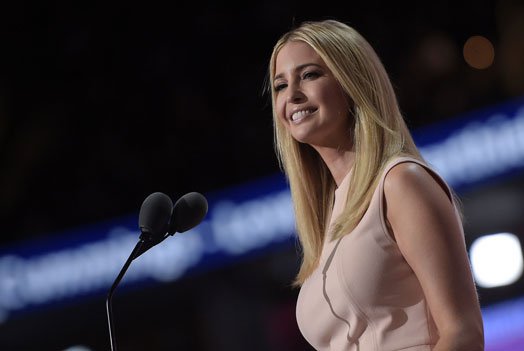 Never, in the history of American politics, has there been a more accomplished and polished First Daughter as Ivanka Trump. AFP PHOTO

TRUMP HAS TAUGHT FATHERS ONE IMPORTANT LESSON – BELIEVE IN YOUR DAUGHTERS

By CITY GIRL
You may dislike Donald Trump all you like but you have to agree with me on this; if there is one thing that he has done well for himself, it is that he has done a remarkable job with his eldest daughter; Ivanka.

Pundits have predicted that Ivanka will be a key influence in her father’s administration. I daresay she will be one of the most powerful women in Trump’s administration and we have the next four years to prove this right. Or wrong.

Never, in the history of American politics, has there been a more accomplished and polished First Daughter as Ivanka.

It is easy to see why. Although she was raised in her father’s image and likeness, Ivanka has emerged independently as a strong and successful woman in her own right.

A shrewd businesswoman running her father’s business, brilliant entrepreneur with her own fashion line, she is smart and tactful, all the while raising a young family.

Ivanka, who is adoringly known as ‘daddy’s little girl’ is trusted by her father to represent him in some of the family business’ biggest projects even before he announced he would be running for president.

In fact, until recently, she was the Executive Vice President of development and acquisitions at the Trump Organisation, a role that placed her smack in the middle of key decision-making at the company.

There are also reports that there couldn’t be a human being on this earth whose opinion matters to Donald Trump more than that of his eldest daughter. This father-daughter bond is so tight, the two reportedly speak on phone at least five times a day, besides spending considerable time together.

But I am not here to regurgitate what I read in the New York Times. I am here to tell all fathers reading this that it is time to follow Trump’s example and invest heavily in your daughters.

Trump has two adult sons. He could have chosen to groom any or both of them to walk in his footsteps.

However, he picked the girl. He picked the unlikely candidate, the underdog, his little girl. He choose to mould Ivanka in his own image and likeness because he understood one secret; daughters hardly disappoint.

He invested heavily in her, not in the conventional way of paying school fees and providing for her. He held her hand, taught her the business, then gave her a chance and, more importantly, believed in her.

From a young age, he would arrange for her to accompany him to parties and events, allowing her to rub shoulders with the high and mighty because he knew that one day, his little girl would be one of the high and mighty too. He made sure she was by his side when he was running The Apprentice, showing her the ropes and believing in her opinion and picking her mind when he was torn over what to do.

He carried her along to golf championships, where the who is who were attending to introduce her to the world of business so that when he would be away, she would be the one in charge.

And when he won the Republican party nomination, guess who introduced him? His precious jewel, the daughter he raised to be just like him.

Today, Ivanka is her father’s saving grace. She is the softer side of her father’s rather brash image and it is working in his favour. She has softened his image and perhaps made him a little more palatable to the white female voters who overwhelmingly voted for Trump.

He is reaping the benefits of raising his little girl into a strong woman and she has appeared on TV, not once not twice but severally to defend her father, even when he made those comments about grabbing women.

“My father is a feminist… it is a big reason that I am the woman I am today,” she said in an interview with the Sunday Times of London.

Nobody knows how the Trump administration will turn out. Frankly, it would seem as if a nightmare has just began.

But something tells me that in the midst of this nightmare, there could just be a little glimmer of hope. And her name is Ivanka. Ivanka Trump.

So, fathers please invest in your daughters, teach them the ropes, mould them in your own image and you never know, your daughter might just be an Ivanka in the making.

TRUMP HAS TAUGHT FATHERS ONE IMPORTANT LESSON – BELIEVE IN YOUR DAUGHTERS Reviewed by samrack on January 23, 2017 .

Never, in the history of American politics, has there been a more accomplished and polished First Daughter as Ivanka Trump. AFP PHOTO TRUMP HAS TAUGHT FATHERS ONE IMPORTANT LESSON – BELIEVE IN YOUR DAUGHTERS By CITY GIRL You may dislike Donald Trump all you like but you have to agree with me on this; if