The late elder John Njathi was born in 1940 at Ngecha in Limuru,Kiambu,He was the third born child of the late Hezron Mutahi Nguku and the late Peris Wanjiku Mutahi.

The late elder John Njathi was brought up like any other child, he assisted the parents in the manual work at home

He completed his primary education in 1959

After moving to Olka-Lou the late elder John Njathi worked at a Private company in Olkalou town for some time.

Then he started farming,He worked in his fathers farm located in Ol-Kalou then later relocated to Ngecha farm in 1970.

He was employed by Phillips-East Africa where he worked untill1977.

In 1978,Elder John Njathi continued with farming until his death.

The late Elder John Njathi has been a social person loved by many, young and old.

He has been a mentor in Church as well as the whole community.

The late elder John Njathi was baptized in 1940 by his Christian Parents at PCEA Church in Ngecha, Limuru.

He was Confirmed for the Holy Communion in 1955.

In 1997 the late elder John Njathi was ordained as a Church Elder.

He served in all Church Districts as well as Church groups where he was  a patron and Chairman of the Church.

The late elder John Njathi has enjoyed a good health all his life.

He fell sick and later diagnosed with high blood pressure and pneumonia.

He is survived by his beloved wife, seven children and 23 grandchildren.

Dad you fought a good fight and finished your course and you kept faith.AMEN 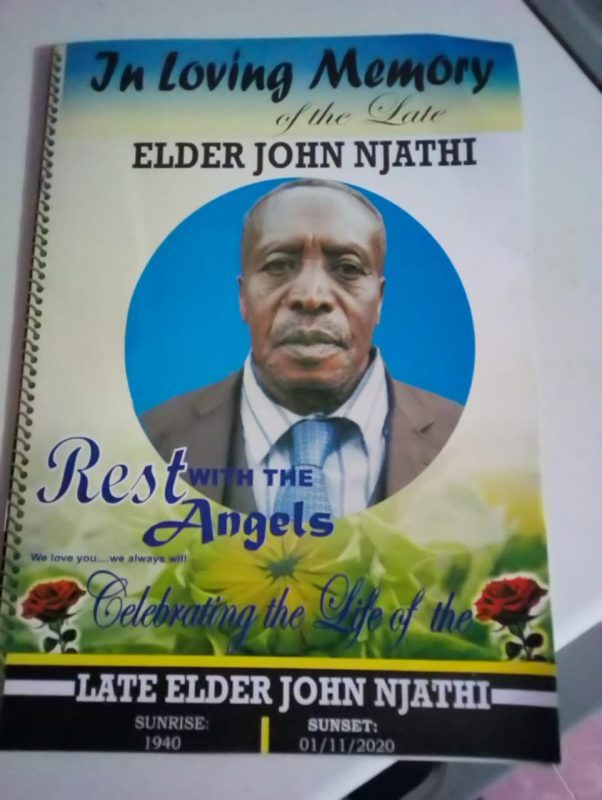 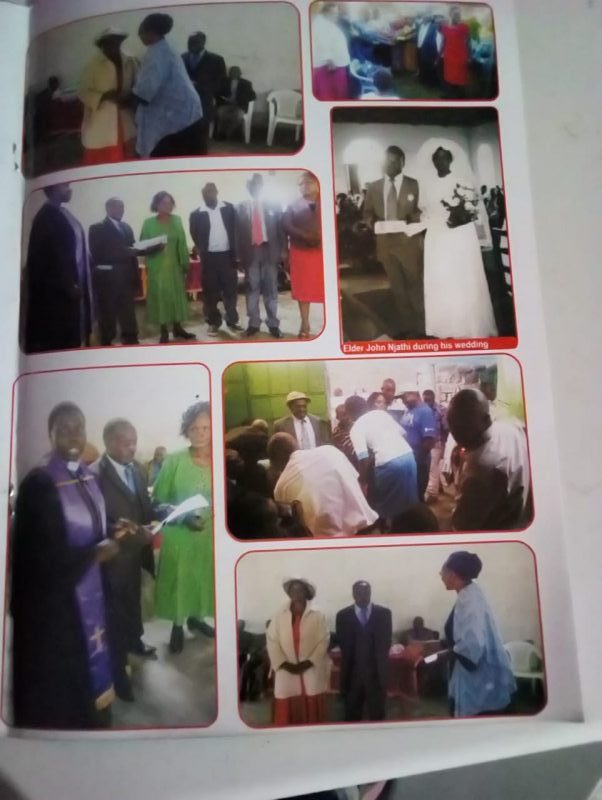 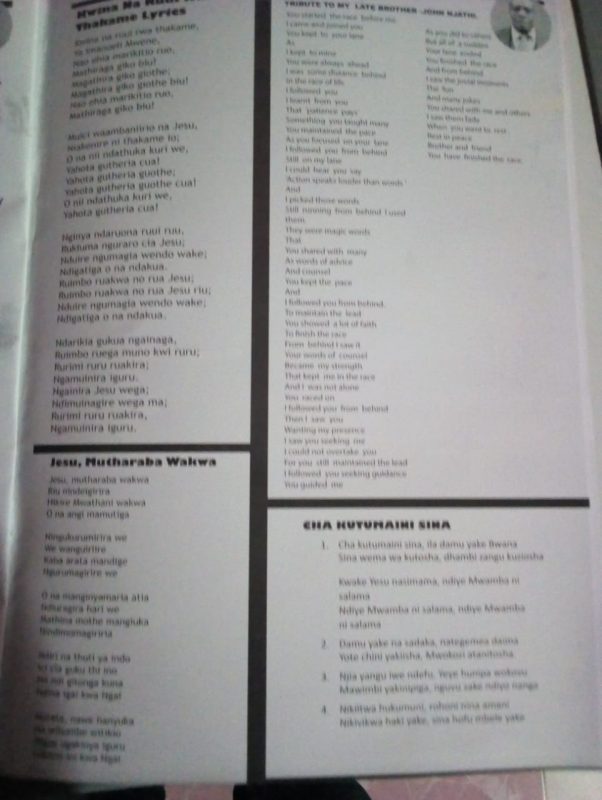