THIS IS THE PRIMARY SCHOOL EXAM QUESTION THAT HAS ANGERED ODM 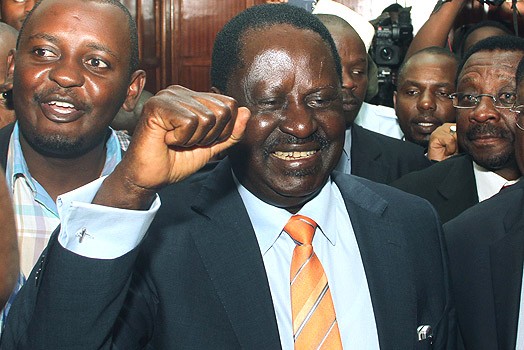 THIS IS THE PRIMARY SCHOOL EXAM QUESTION THAT HAS ANGERED ODM

One of the question on the exam, which was posted on social media, reads: “Who among the following have never been a president in Kenya?”

But ODM director of communication Philip Etale said the exam, if authentic, was in bad taste and would erode the gains Kenyans have made in cohesion and integration.

The Nairobi News could not independently authenticate the exam paper.

THIS IS THE PRIMARY SCHOOL EXAM QUESTION THAT HAS ANGERED ODM Reviewed by samrack on April 13, 2015 .

ODM leader Raila Odinga. PHOTO | NAIROBI NEWS THIS IS THE PRIMARY SCHOOL EXAM QUESTION THAT HAS ANGERED ODM By NAIROBI NEWS REPORTER Orange Democratic Movement (ODM) has criticized a “demeaning” excerpt of a primary school exam paper which appears to taunt its leader Raila Odinga’s presidential bid. One of the question on the exam,