The three August elections in Africa – 2017 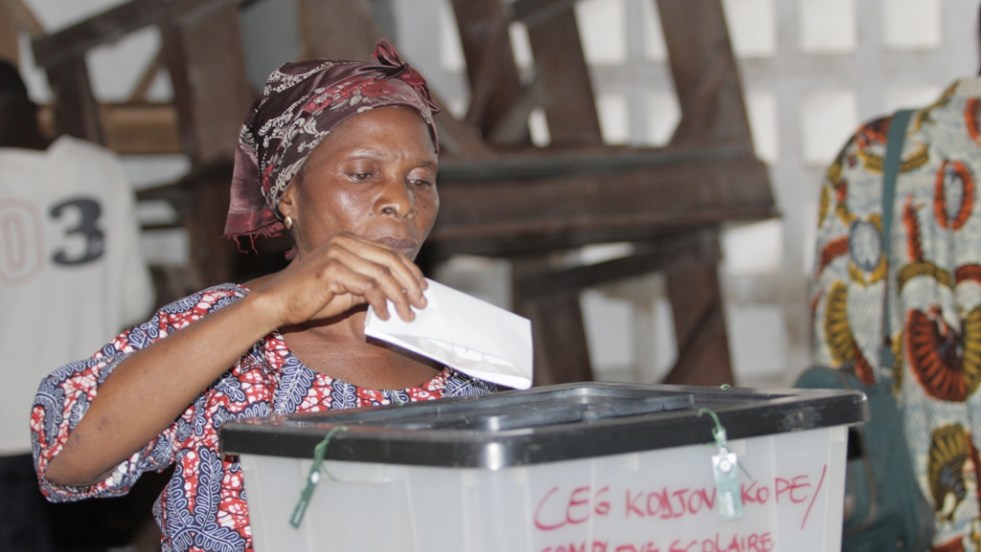 The three August elections in Africa – 2017

There are three important elections in Africa in August 2017: Angola, Kenya and Rwanda. The outcome seems pretty certain in Angola and Rwanda, but more uncertain in Kenya according to Citibank analysts.

The outcome in Rwanda, where voting is to take place on August 4, looks a foregone conclusion. This is because a change to the constitution allowing the incumbent president, Paul Kagame, to stand for another term was overwhelming supported by a 98% yes vote in a national referendum and indicates the level of ongoing popular support for the president.

While the Rwanda elections are likely to pass off with no significant incident, the political temperature around the Angolan elections, set for August 23, has increased in recent months. This is for two reason;

First, it is clear heading into the elections that there has been no real improvement in the economy. In fact, if elections where determined largely by economics, there would be a strong argument that the ruling Movimento Popular de Libertação de Angola (MPLA) would face defeat given that the IMF currently forecasts real GDP growth of only 1.3% in 2017 following stagnation in 2016, with average inflation only falling from 32.4% last year to 27% this year

Second, as around the 2012 elections, there have also been some protests organized by the opposition parties in major cities around the country, notably Luanda and Huambo. The focus of the protests seems to be varied, but in addition to the poor state of the economy, include corruption and the role of the electoral commission in organizing the elections. But it may be their scale that really makes them different to 2012. According to the main opposition party, União Nacional para a Independência Total de Angola (UNITA), the various rallies have involved more than 100,000 people.

Of the three August elections, we think the Kenyan polls on August 8 are still probably the hardest to predict the outcome of (these are presidential, parliamentary and county elections). But there is also an argument that at least the presidential poll should be one of the easiest to forecast. A stark political fact in Kenya remains that no incumbent president who has ever contested them, has ever lost a presidential election. And unlike the other two countries, there are numerous opinion polls to analyse which at present indicate that the trend of incumbent victories will once again prove to be the case. Various polls published in recent months show Mr Kenyatta polling at close to 50%, or enough to potentially secure a first-round victory.

So why do Citibank analysts have some doubts about this potential outcome?

First, it is worth remembering that as a non-incumbent president, but as candidate for the ruling Kenya Africa National Union (KANU), the incumbent president, Uhuru Kenyatta, did lose the 2002 election to Mwai Kibaki. Second, what recent polls have also shown is that the main opposition candidate, Raila Odinga, has been closing the gap. Whereas in late 2016 and early 2017 he was consistently polling at around 20-30%, in the last Ipsos-Synovate poll this has risen to 42%, which is broadly consistent with other polls putting his support at around 40%. In the same poll, Mr Kenyatta’s support was put at 47%. This has meant that other candidates have been squeezed out of what has effectively become a two-horse race

The Ipsos-Synovate poll also shows that 8% of the electorate remained undecided in terms of who they would vote for. And it is this share of the electorate that both candidates will want to capture to ensure either a first-round victory, or a chance to take the presidential election to a second round. In particular, the battle remains to catch the undecided urban voters, a particularly difficult group for politicians to campaign to.

In this respect, it may be that the recent momentum of the opposition National Super Alliance (NASA) led by Mr Odinga helps it narrow the gap further. NASA could concentrate on campaigning in urban areas, as a general political rule in Africa is that these are more proopposition which would favour Mr Odinga. Moreover, NASA has been able to focus its campaign on three key issues: personality, ethnicity and high food prices. This latter issue, given the rise in inflation and food price inflation seen in Kenya in 1H 2017, goes down particularly well in urban areas.

But there is a complexity to Kenya’s current constitution. To win the presidency requires not only 50% plus one vote at the national level, but also that the winning candidate secures 25% of the vote in half of the country’s 47 counties. Citibank argues that its this second criteria that NASA and Mr Odinga may fail to meet, even if they can potentially secure a majority of the national votes, if they concentrate too much on campaigning in major urban centres. In contrast, there is still a greater chance that Mr Kenyatta and the ruling Jubilee Alliance could achieve both goals in the first round of voting.

In fact, recent NASA campaigning around personality and ethnicity may also have made it harder for it to achieve this second election goal, as well as raising the political temperature in Kenya in recent months.

If there is violence, it is most likely to flare up around closely contested county elections, rather than around the national vote. This is because some counties have both sufficient and significant divisions along religious and ethnic lines, which make them politically combustible.

In such a politically tense atmosphere, much will depend on the ability of the Independent Electoral and Boundaries Commission (IEBC) to oversee the vote in a fair and transparent manner. There is already considerable skepticism about its ability to achieve this in the local media, but the June 23 ruling by the Appeals Court in Nairobi is important. This stated that the vote count at the constituency level would be considered the final vote. Historically, there have been concerns about the aggregation of the vote at the national level differing from those at the constituency level. Moreover, in recent African votes, similar constituency-based vote counting systems have been important in ensuring their integrity. Recently this was particularly the case in Ghana and The Gambia, and in both the opposition won the elections

However, the political temperature will be much higher at county level and this could spill over into violent incidents. But the real point of this election is that it could mark the end of the political road for its two main contenders, Mr Kenyatta and Mr Odinga. The former cannot stand again under the terms of the current constitution, while the latter may now be too old to be a major contender at the next elections. This would potentially open up the Kenyan political space and make the next elections much more interesting, and even more difficult to call.