The IEBC’s ‘complementary system’ is manual, after all

Home  › News › The IEBC’s ‘complementary system’ is manual, after all 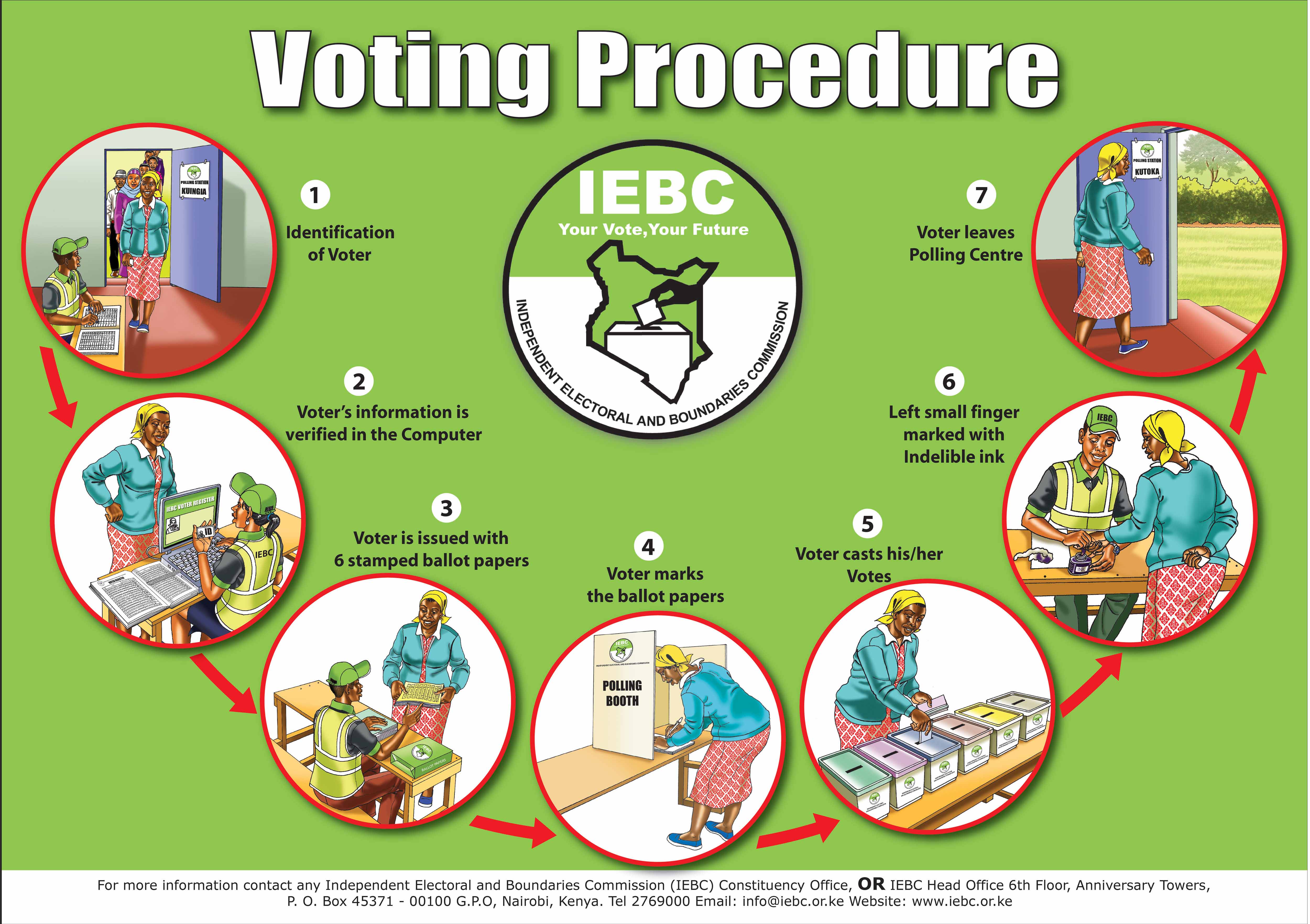 The IEBC’s ‘complementary system’ is manual, after all

Many people, concerned about the integrity of our upcoming election, have been wondering wondering how the so-called ‘complementary system’ would work on Election Day.

Well, the answer surfaced in a tweet written by Ezra Chiloba, the CEO of the Independent Electoral and Boundaries Commission (IEBC), on July 6, 2017.

The tweet referred to Section 31 of the amended general election regulations, 2017. Specifically, the section says:

(i) invite the agents and candidates in the station to witness that the voter cannot be identified using the device;

(ii) complete verification Form 32A in the presence of agents and candidates;

(iii) identify the voter using the printed Register of voters; and

(iv) once identified proceed to issue the voter with the ballot paper to vote.

The amendment text addresses the situations when the fingerprint reader or Electronic Voter Identifier (EVID) fails to positively identify a voter who is validly registered.

Such voters would need to be identified by a ‘complementary system’ – part of which is finally described above. But the devil, as they say is in the details. And so here is how the devil is likely to take advantage of the law and rig the elections, even as the majority of the EVIDs remain functional across the country.

The prescribed Section 31 clearly takes us back to the manual method of identifying voters when it refers to the fact that they would be identified using a printed register.

Essentially, this implies that the voter would produce an Identity Card, have his or her name crossed out on a physically printed register, and then be allowed to vote.

This is exactly where the dead voters or the absentee voters would ‘virtually’ wake up and vote to give us the suspicious 95-100 per cent voter turnouts in various strongholds.

In the absence of finger-print verification, there is no way of confirming that whoever is showing up with the identity card is indeed whoever they claim to be. Worse still, there is no audit trail to show if at all those voters whose names were physically crossed out on a manual voter register actually ever showed up at the polling station on Election Day.

Of course, we are supposed to find comfort in the fact that there will be agents and observers to contain such malpractices.

In any case, experience shows that agents and observers in various stronghold areas are part of the problem rather than the solution, in that they are often paid to keep a blind eye in order to ‘help’ their tribal candidates go through.

So we do have a ‘situation’ on our hands.  How can we make the complimentary system more reliable in terms of meeting the constitutional provisions of a free and fair election?

During their June 10, 2017, public meeting, IEBC told, and demonstrated to ,stakeholders how wrongly rejected voters would still be cleared through the EVID system, rather than a printed register.

It is surprising that the provisions in the written amendment do not support this view and instead promote what is clearly an archaic, manual form of voter identification.

Incidentally, this just a partial description of the whole ‘complementary system’.

I, for one, look forward to the next tweet from the IEBC CEO to apprise us on what the regulations say with regard to how the complementary system will operate in the event that the results transmission system fails to work.

Mr Walubengo is a lecturer at Multimedia University of Kenya, Faculty of Computing and IT. Email: jwalubengo@mmu.ac.ke, Twitter: @jwalu

The IEBC’s ‘complementary system’ is manual, after all Reviewed by samrack on July 13, 2017 .

The IEBC’s ‘complementary system’ is manual, after all Many people, concerned about the integrity of our upcoming election, have been wondering wondering how the so-called ‘complementary system’ would work on Election Day. Well, the answer surfaced in a tweet written by Ezra Chiloba, the CEO of the Independent Electoral and Boundaries Commission (IEBC), on July