Greetings in The Name of Our Lord. With regard to the passing of  Dennis Njoroge, the organizing committee on behalf of the family of Hellen Kihara Bushard would like to let you know that there will be prayers everyday at 6pm at Hellen’s house on 92 Fairmont Ave apt 2 in Worcester, MA (01604). 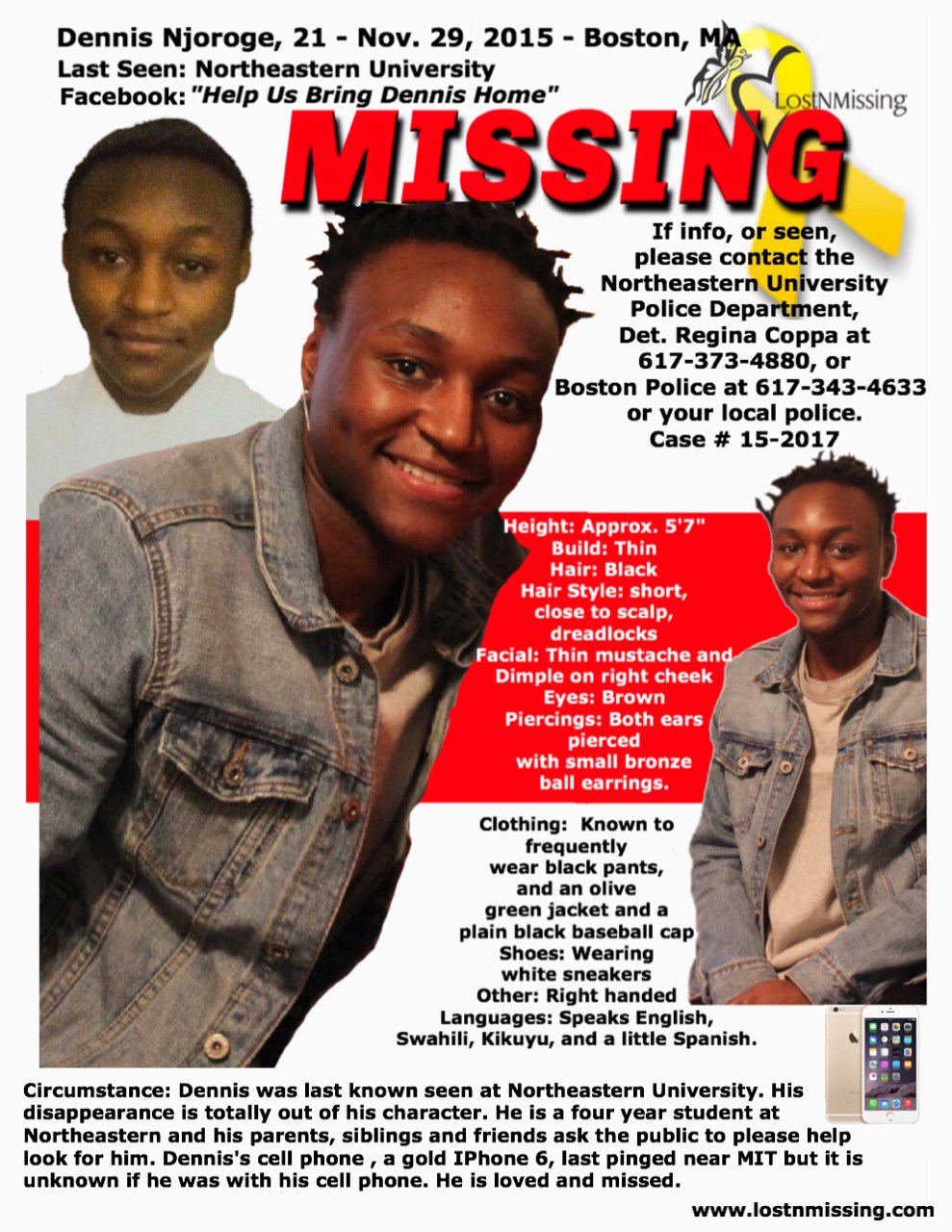 Body of Dennis Njoroge, the Kenyan student reported missing in US, found

Matt Leighton reports that the body that State Police found in the Charles river along the Esplanade Thursday morning was that of Dennis Njoroge, a student who had been missingfor more than a month.

The Boston school also confirmed this disturbing development on Saturday.

Kenyan student drowns in US river

Dennis Njoroge, 21, had last been seen on Nov. 28. State police told the university that their search for him ended on New Year’s Eve.

“I’m deeply grateful to every member of our community, especially Dennis’s fellow students, who leafleted and held events raising awareness of his disappearance,” President Joseph Aoun wrote in a statement. “I also thank the members of the NUPD and our Division of Student Affairs, who provided such caring support during this difficult time.”

Aoun sent his condolences to the family and friends of Njoroge.

Details of Njoroge’s death have not been released. 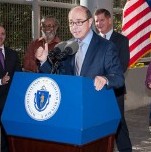 Dear Members of the Northeastern Community,

It is with deepest sadness that I’m writing to inform you that the search for our missing student, Dennis Njoroge, came to a tragic conclusion on New Year’s Eve.  Since Dennis’s disappearance several weeks ago, many members of the Northeastern community joined city and state law enforcement officials in a sustained effort to locate him. We have confirmed through our work with the Massachusetts State Police that the search has now ended.

Born in Kenya, Dennis graduated from Burncoat High School in Worcester, and was currently studying Media Arts at the College of Arts, Media and Design.  He was a familiar face to students at the basketball courts in Marino, and was looking forward to beginning a co-op at a television news station in Boston this month.  Over the holidays, we continued to hope for Dennis’s safe return, even as we felt his absence.  He will be missed greatly.

I’m deeply grateful to every member of our community, especially Dennis’s fellow students, who leafleted and held events raising awareness of his disappearance.  I also thank the members of the NUPD and our Division of Student Affairs, who have provided such caring support during this difficult time.

I know all of us join in sending our most profound condolences to Dennis’s family and friends.

I encourage anyone who requires counseling services or other assistance to contact We Care at 617-373-4384 or www.northeastern.edu/wecare.  As always, our community will be here to help anyone who needs support in light of this tragic news.

In sorrow, I wish you a safe New Year.